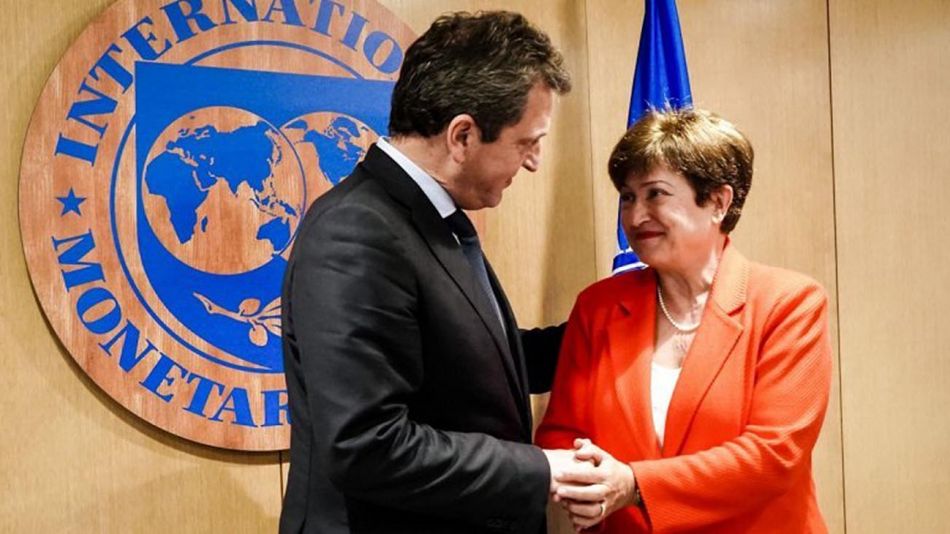 The Minister of Economy, Sergio Massa, met this afternoon with the managing director of the International Monetary Fund (IMF), Kristalina Georgieva, in the first face-to-face meeting that both have since the Argentine official took over as head of the Palacio de Hacienda.

The IMF statement warns that in the coming days the agency will raise the staff-level agreement. “Details are missing, it will surely come out in the next few days,” they said at the exit of the meeting from the minister’s environment. In this sense, reliable sources said that the process was advanced by 95 percent.

The IMF recognizes the difficult situation of the Argentine economy. “We exchanged points of view on the fragile economic and social situation in Argentina, which is also affected by the complex global context,” acknowledges the official IMF statement.

On the other hand, he highlighted the advances in the macroeconomyhighlighted the fiscal parameters and the underlying policies to secure the existing primary deficit targets of 2.5% of GDP in 2022 and 1.9% of GDP in 2023, with an emphasis on better targeting of energy, transport and water subsidies, along with better prioritization of spending and tight budget management. He underscored the monetary policy applied with the rate hike.

He also highlighted the accumulation of reserves and the decision to establish incentives that encourage the injection of foreign currency, such as the agricultural dollar. “The accumulation of reserveswhich will be driven by the general policy framework, in addition to specific measures (such as the temporary incentive regime for agro-exports) to strengthen the trade balance,” the statement reads.

The task to finish is “The structural agenda, where greater focus will be placed on reviewing corporate tax incentives and combating tax evasion and money laundering, including through efforts to promote information exchanges and international cooperation mechanisms.”

Massa entered the IMF offices in Washington this afternoon accompanied by the Deputy Minister of Economy, Gabriel Rubinstein; the president of the Central Bank, Miguel Ángel Pesce; the head of Banco Nación, Silvina Batakis; and the head of INDEC, Marco Lavagna, among others. The representative of Argentina before the Fund, Sergio Chodos, also joined the meeting.

Georgieva was accompanied by the First Deputy Managing Director Gita Gopinathand the Director of the Western Hemisphere Department Ilan Goldfajn who also participated in the talks with the Argentine delegation.