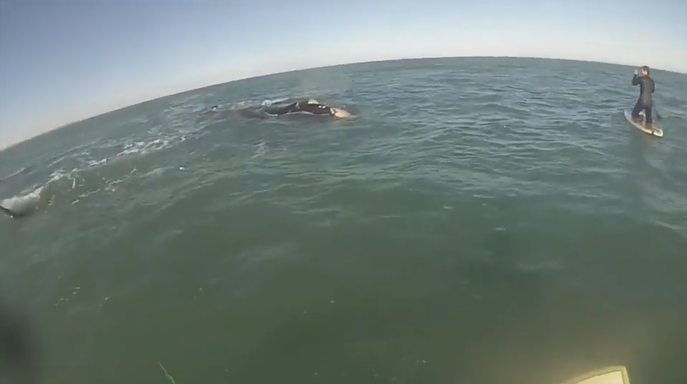 Valentín Villalba and Diego Schulz are two friends who decided to spend the long weekend on the beach of Monte Hermoso. They both practice paddle surfing, so they decided to go out with their boards to enjoy the sea. They never imagined the incredible experience they were going to live there.

Twelve whales swam for 60 minutes with them when they were approximately one thousand meters from the coast of the resort town of Monte Hermoso.

In dialogue with Infobae, the young people said that they went to the sea because a fisherman from Sauce Grande told them that he had seen a fin very close to the beach. However, when they entered the sea they realized that the whale was gone. So they decided to go into the sea and when they were already a considerable distance from the coast, the animals appeared.

“There were many sensations instantly. Something I never experienced. I had nerves,” Valentin explained to Infobae.