The most outstanding series arriving in September • Canal C 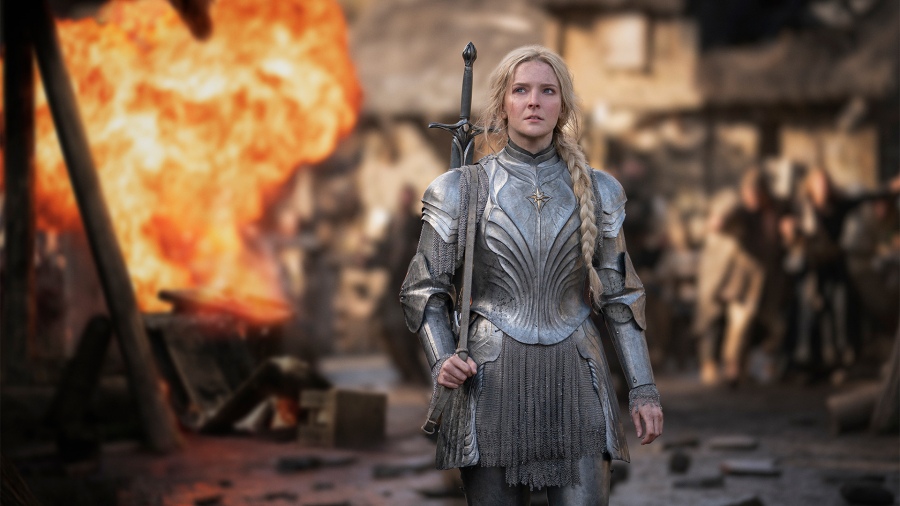 With the long-awaited “The Lord of the Rings: The Rings of Power” as the exclusive protagonist, the series universe brings several outstanding novelties for September, among which the new season of “The Handmaid’s Tale” and the Argentine “Limbo” also stand out. The following is the list of the most important:

The Lord of the Rings: The Rings of Power

The wait is over for fans of JRR Tolkien’s work with the arrival of this new adaptation, focused on the events of the Second Age of Middle-earth, when the rings that would later possess dwarves, elves, humans and the fearsome Sauron.

With a budget deployment of about 450 million dollars for the realization of this first season, the series has already become the most expensive in history and has a diverse cast made up of Morfydd Clark, Robert Aramayo, Maxim Baldry, Nazanin Boniadi, Ismael Cruz Córdova, Sophia Nomvete and Ben Walker, among others.

The sixth season of the animated sci-fi series “Rick & Morty,” which follows the hilarious and often highly scatological adventures of a drunken genius scientist and his skittish grandson, returns to HBO Max.

Created by Dan Harmon and Justin Roiland, the proposal stands out for its crazy plots that recover and subvert all the archetypes of the genre and because it offers a nihilistic satirical look at existence while Rick, Morty and the rest of their family travel through the universe and other dimensions.

Season 5 of “Cobra Kai,” the series that brought back the characters from the original “Karate Kid” trilogy more than three decades later, and with it nostalgia for ’80s martial arts movies, is coming to Netflix on September 9 with more fights between Daniel LaRusso’s (Ralph Macchio) trainees and the rest of the town’s teens, as well as cast updates.

It is that, as has happened before several times in this production, in which numerous interpreters returned (and in many cases resurrected their careers) to resume their characters from the movies, this new batch of episodes brings actor Sean Kanan back in the role of Mike Barnes, who was introduced as the main villain of “Karate Kid III: The Final Challenge” (1989), a young karate fighter and thug hired by the owners of the Cobra Kai dojo to terrorize Daniel and humiliate him on sight of all

Remake in serial format of the 1980 film starring Richard Gere, the strip now has Jon Bernthal in the main role as an escort who, after serving an unjust 15-year prison sentence, tries to recover his relationship with his ex-lover and his troubled mother.

Meanwhile, with the help of Detective Sunday -played by Rosie O’Donnell-, he will search for those who betrayed and framed him, only to discover a huge conspiracy along the way. Gretchen Mol, Lizzie Brocheré, Gabriel LaBelle, Leland Orser and Wayne Brady, among others, make up the cast of the production, which consists of eight episodes.

With the Spanish Clara Lago and the Argentines Mike Amigorena, Esteban Pérez, Enrique Piñeyro, Michel Noher and Andrea Frigerio, the series follows Sofía, a young millionaire who seems to have everything but who, when her father dies, must travel to her Buenos Aires native to deal with personal and family conflicts that he thought he had left behind.

The protagonist will try to find herself in these complex circumstances during the ten episodes marked by a strong dreamlike and dark tone that make up the production created by Mariano Cohn and Gastón Duprat and directed by Agustina Macri and Fabiana Tiscornia.