the most outstanding series of July • Channel C 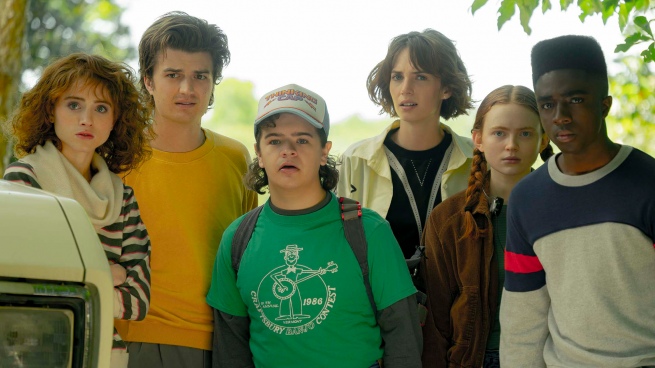 Chris Pratt is James Reece, a US Marine Special Forces commander who, after a brutal ambush that kills his entire team on a mission, returns home with confused memories of the event. Unable to trust himself or those around him, the protagonist tries to figure out what really happened in that operation.

Composed of two episodes of an extension worthy of two feature films (85 and 140 minutes respectively), Volume 2 of the fourth season of “Stranger Things” arrives on Netflix to give a temporary closure to the most dangerous and potentially deadly adventure of Eleven ( Millie Bobby Brown) and the rest of her friends from the fictional town of Hawkins, Indiana.

This dramatic comedy portrays a key moment for Nicolasa (Johanna Chiefo), June (Ruggero Pasquarelli) and Mimí (Carolina Kopelioff), three characters who, close to 30, face social mandates, their own desires and frustrations, and the life in the big city.

One of the most shocking criminal episodes in Argentine history, which occurred in 2002 in the Carmel de Pilar private neighborhood, is brought to the small screen in the form of an eight-episode miniseries, with Laura Novoa and Jorge Marrale as María Marta García Belsunce and her husband, Carlos Carrascosa.

Based on the well-known novel by journalist and writer Tomás Eloy Martínez and starring Natalia Oreiro and Darío Grandinetti, the local production follows the story of the kidnapping and desecration of the embalmed remains of the then-wife of Juan Domingo Perón after the coup. civic-military of 1955.

In the first hours after Halloween night in 1988, Erin (Riley Lai Nelet), Mac (Sofia Rosinsky), Tiffany (Camryn Jones) and KJ (Fina Strazza), four teenage newsboys, are on their delivery route. when they get caught up in a confrontation between time travelers who are at war. Transported to the future, the protagonists must find a way to return to the past, on a journey that will force them to overcome their differences and learn to trust themselves.