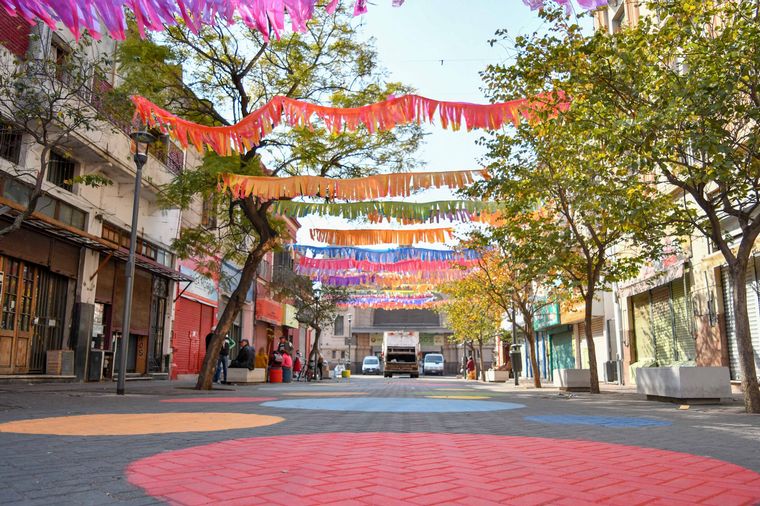 This Thursday, April 14, the North Market turns 94 years old. Since its inauguration, it has been projected as the most important model market in the interior of the country.

It is worth mentioning that at that time, the city had a skeleton for its fresh products that included establishments in the neighborhoods of El Abrojal (now Güemes), Alberdi, San Vicente, General Paz, Alta Córdoba, and Nueva Córdoba -with its own name, Mercado South-. Leaning on the banks of the river, as if it were a new customer at the bar, the North Market was born. Also, in each of these entities, a decentralized neuralgic system, with vibrant flavors and spicy color, was integrated.

🍉 94th Anniversary of the North Market ✨🥳

📍 It opened its doors to the public in 1928 with 106 stalls, replacing the current Plaza España as the space chosen by the people of Cordoba to do their shopping.

With great pride we celebrate the history of this icon of our city 💙 pic.twitter.com/UM4IbrHQEi

In most cases they were born as the institutionalization of places for carts where food was transacted, although there are certain exceptions of spaces born “models” by state intervention. The regular meetings of vendors with vegetables, meat, flowers, or spices at the end of the 19th century were gaining importance and social centrality. Precisely for this last reason, its condition as a fair also constituted points of meeting, exchange and community construction.

The North Market, in particular, was inaugurated in 1928, when the “crazy” decade was beginning to lose its frenzy. A month earlier, in March of that year, the Alberdi Municipal Market had been inaugurated, which later became the Civil Registry (since 1980) and which is preparing, once again, to recover its mercantile status, this time with the imprint of social economy and commerce of closeness.

Undoubtedly, an emblematic place that has a lot to offer its visitors!