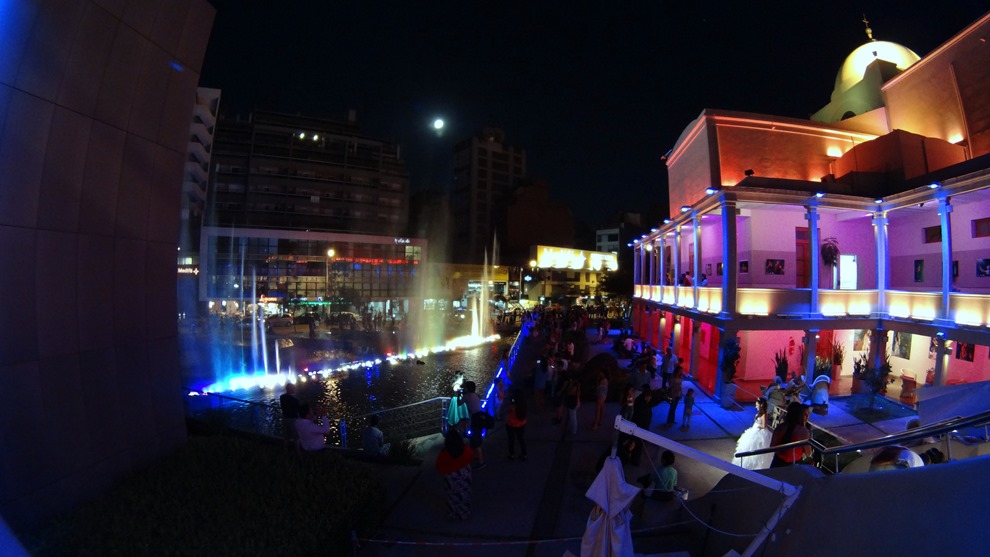 The Paseo del Buen Pastor, a festive meeting point celebrating 15 years in the heart of Nueva Córdoba, not only helped the building transformation of the area; It fundamentally changed the spirit of a space that over two centuries went from a workshop for orphaned girls, to a women’s prison and, in the most painful stage in memory, a clandestine detention center.

The recreational, cultural and tourist multispace that the people of Cordoba appropriated shortly after its inauguration, includes an art gallery, a photo gallery, a chapel, green spaces, a dancing water fountain, bars and restaurants.

“A must-see area in the city, to get lost walking around. Good gastronomy, young atmosphere”, marks the top comment from TripAdvisor, the website that provides reviews of travel-related content.

The proximity of the Church of the Capuchins, chosen as the first artificial wonder of the city, and its majestic building with Gothic reminiscences completes an exceptional urban landscape that is populated daily by neighbors already accustomed to meeting at Hipólito Yrigoyen 325.

Nothing of the current urban splendor evokes the dark past that developed in a place where young people now get together to drink mate, exchange notes or listen to music.

On May 24, 1975, twenty-six political prisoners escaped from the Buen Pastor prison, where they had been confined during the administration of Brigadier Raúl Lacabanne, despite the fact that the prison had been formally closed in 1970.

During the dictatorship, the walls of the prison that had been legally managed by the Sisters of Our Lady of Charity of the Good Shepherd of Angers, served as a clandestine detention center.

In 2005 and with the demolition of the prison, the remodeling and enhancement of the entire complex began, which required an investment of 5 million dollars.

The commercial gallery that was inaugurated on August 4, 2007, with 6,400 square meters. It includes an exhibition center, event room, dancing water fountain, meeting and recreation space, restaurants, bars, shops and reserved for wine, leather and handicraft retailers.

The building responds to the typology of the Greek cross because it has four equal wings, centered on the half-orange dome, under which the main altar of the temple is located.

In December of last year, the Buen Pastor art room opened a renovation that strengthens it as an exhibition venue among a nearby group of official institutions that make up the so-called Media Legua de Oro, among which are the Ferreyra Palace, the Caraffa Museum , the Dionisi Palace Museum and the Museum of Natural Sciences.

The success of the walk lies in the fact that the city incorporated it into its landscape. It is only 15 young years old, but it is an inseparable part of a neighborhood that, since the opening of this space, has offered the best of itself to the inhabitants of the capital and to visitors.

Always bustling, the scene of all kinds of festivities, people can enjoy concerts, paintings, sculptures and photographs, dance performances, book presentations, plays and puppet shows every day at Buen Pastor.