The podcast “Malvinas, the voices of memory” is released • Channel C 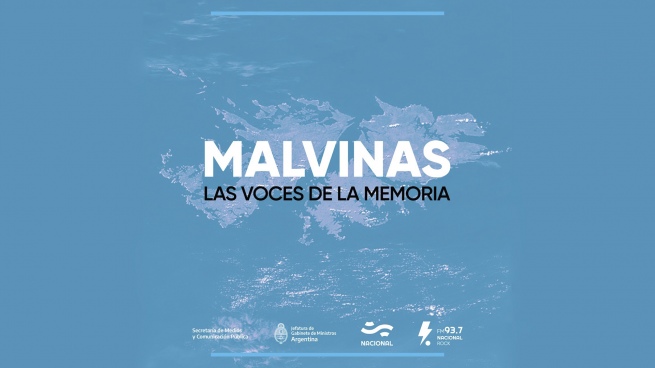 Radio Nacional will premiere this Friday, on the occasion of the Day of the Affirmation of Argentine Rights on the Malvinas Islands, the podcast “Malvinas, the voices of memory”, which recovers sounds of the war that occurred in 1982 and its echoes in the present.

On the Day of the Affirmation of Argentine Rights over the Malvinas, South Georgia and South Sandwich Islands, and the Surrounding Maritime Spaces, Nacional premieres “Malvinas, the voices of memory”https://t.co/RNo7suFfVM#Malvinas40Years #MalvinasNosUne @SecMediosyCP pic.twitter.com/hu4AoocfYf

The first episode “Were you the one in the photo in Malvinas?” It is a “sound fiction based on almost real events” and you can listen to the story of a mother who reproduces her letters to her mechanical son who was sent to Puerto Argentino. The story of one of the many soldiers who were the cover of the Argentine media.

The other chapters will address the role of the media in 1982, the 168 communiqués of the dictatorship that were issued from April 2 to June 14, and the return of the soldiers.

“The public media propose with these contents a collective exercise of memory about the Malvinas Islands, the war, the veterans, the fallen and sovereignty,” reported Radio Nacional.

The broadcast of the podcast will be through the Spotify platform and on the Radio Nacional website, and on Spotify and iTunes of Nacional Rock.

On the Day of the Affirmation of Argentine Rights over the Malvinas, we renew the historical mandate of sovereignty and remember this date based on testimonies preserved in the Historical Archive of Radio Nacional.https://t.co/rHhkPmaXes#MalvinasNosUne #Malvinas40Years pic.twitter.com/IEc1DllzVt