the Police evicted the camp in Molinari • Channel C 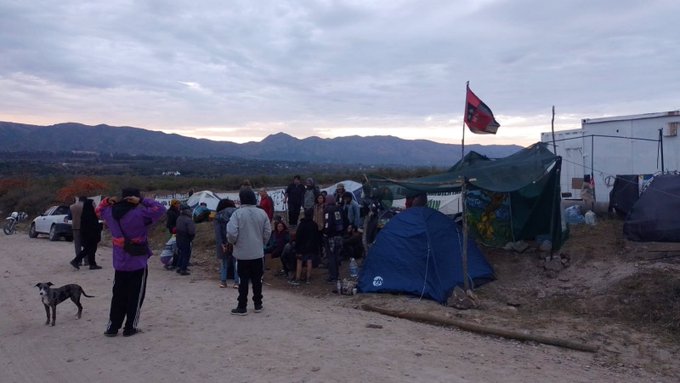 A few days ago, residents of Córdoba called to gather in front of Molinari’s workshop, to carry out a camp in disagreement with the works of the Highway in that provincial layout. Numerous neighbors and socio-environmental organizations from nearby towns and other regions of the province arrived at the scene. They demand that the task not advance, while the Justice does not resolve the collective Environmental Amparo presented.

However, early today they publicly denounced that they were evicted in a violent and surprising manner by police forces of the Province. “It was out of nowhere, at 3:40 in the morning, some were resting and others were guarding the camp. They were taken out of the tents barefoot, without coats and without giving notice of any court order or anything,” said one of the campers. in dialogue with La Nueva Mañana.

From the New MAS we repudiate the violent eviction of the Molinari camp against the Punilla highway. Enough of persecuting those who organize in defense of the environment. pic.twitter.com/uovlA0Kb0T

“Cordoba Police and Infantry Guard evicted the companions who were in the camp.
The action was absolutely illegal and without an eviction order,” the protesters denounced. Although it was later learned that the eviction order was issued by the Cosquín prosecutor, Paula Kelm.