The President met with the Prime Minister of India • Channel C 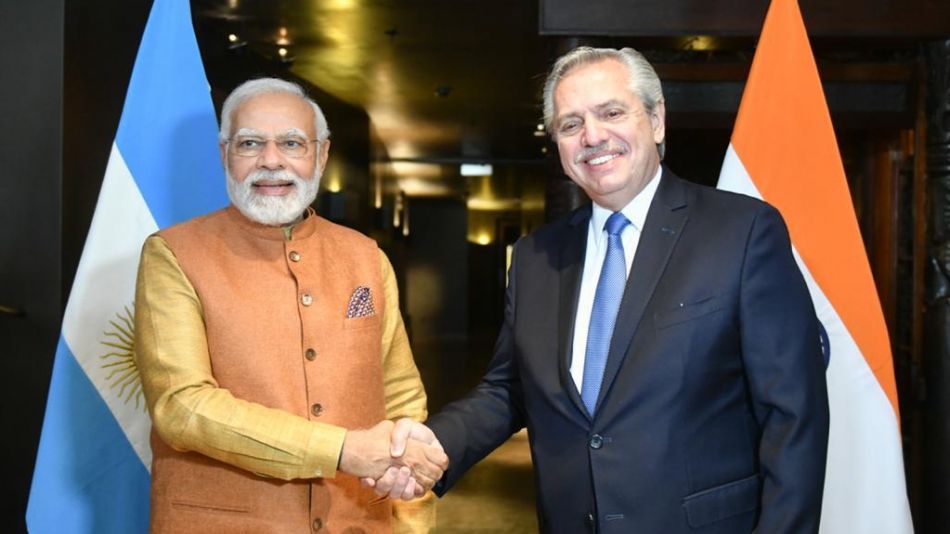 President Alberto Fernández opened his official agenda this Sunday in Munich, Germany, with the first bilateral meeting scheduled for the trip with the Prime Minister of India, Narendra Modi.

After the bilateral, the leaders took a joint photograph and agreed on the importance of strengthening the relationship, in addition to balancing the trade balance.

In dialogue with the Argentine press attending the G7 Leaders Summit, Foreign Minister Santiago Cafiero highlighted that during the meeting Fernández and Modi spoke about the trade balance, which at this time favors Argentina.

The President thanked Modi for his support in the resumption of bilateral relations between Argentina and the United Kingdom in order to find a negotiated and peaceful solution to the sovereignty dispute over the Malvinas Islands.

Like Fernández, the Indian prime minister is part of the special guests, such as the leaders of Indonesia, Senegal and Ukraine, who will participate virtually.