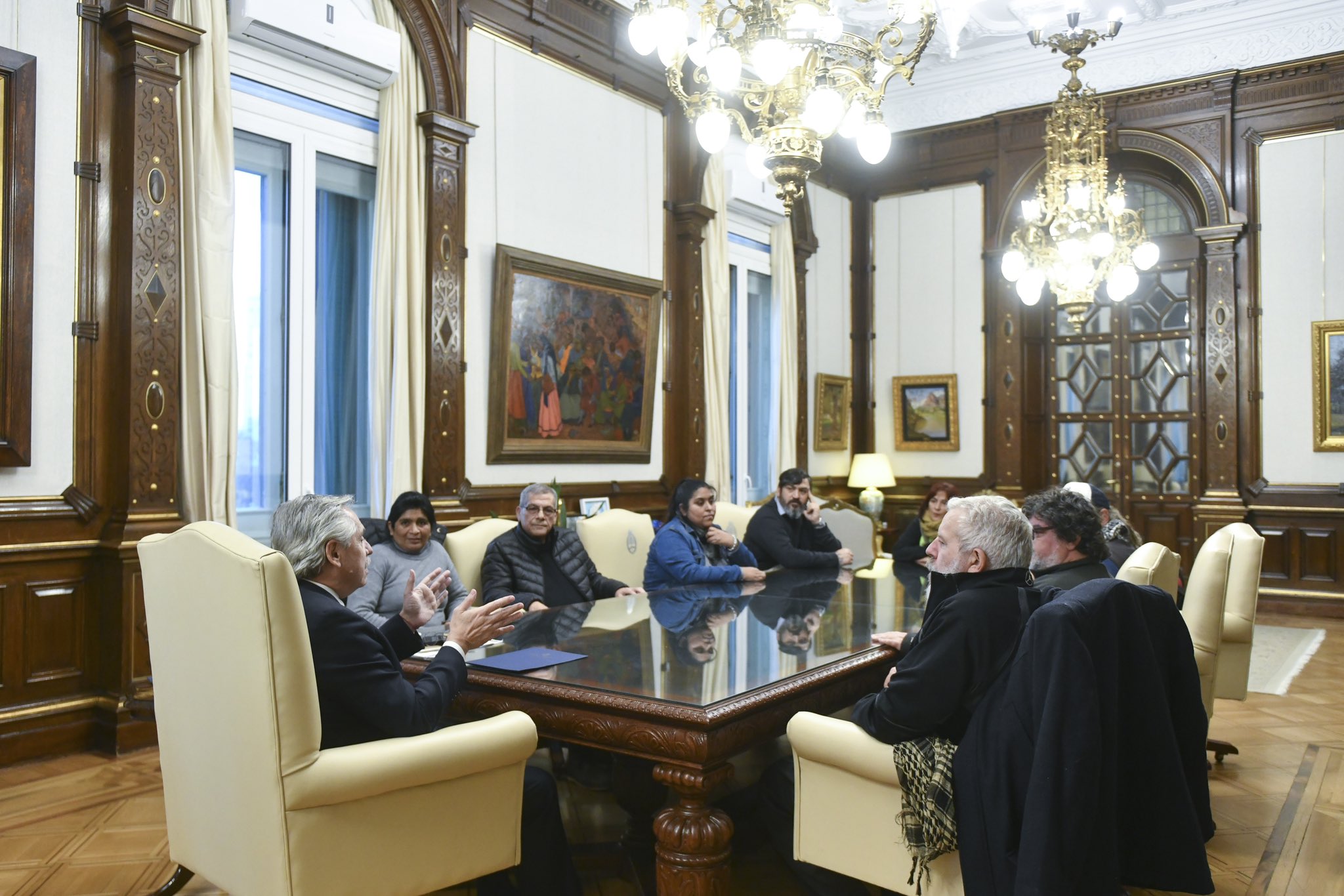 President Alberto Fernández received references from social organizations related to the National Government at Casa Rosada, at a time when opposition groups are promoting a series of protests in the coming days.

Among the participants were members of the Evita Movement, Barrios de Pie, the Clasista and Combative Current, and the Tupac Amaru, the sectors that make up the Frente de Todos and some with representation in the public administration.

“The meeting was very positive because we were talking about the situation from the raids on dining rooms, picnic areas, private homes of male and female colleagues, both in the Capital, February 3, La Matanza and in Jujuy, all in the same week” , expressed Esteban “Gringo” Castro, general secretary of the Union of Workers of the Popular Economy (UTEP), upon leaving the meeting.

Regarding the Batakis program, he pointed out that the announcements are not enough to cover the problems of the popular economy, but he expressed: “What the minister said is not enough, she has to call us to discuss these issues.”

I am greatly concerned about the raids on dining rooms and picnic areas. I do not endorse the judicial persecution of the political and social leadership.

Today I received references from social organizations, to whom I expressed my total solidarity. pic.twitter.com/0nszu6U3PL