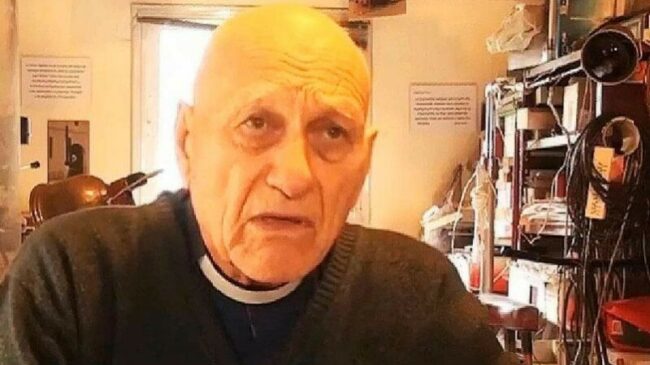 A third woman filed a complaint against the 89-year-old priest Héctor Pinamonti. At 34 years old, and after learning the stories of the first two complainants, she was encouraged to tell and denounce what happened to her when she was approximately 8 years old, before Sunday mass in the parish of General Deheza, in the south of the province. .

Identified as R. so as not to reveal her identity, the young woman told Poster Central that one Sunday she arrived early for the ceremony and waited for it to start in a warehouse behind the altar, where Pinamonti was and a lady helped to receive the orders for the celebration. . The man asked the woman to go get something from the parish house, and left alone with the girl, he sat down on a high stool.

“When the woman left he told me to come closer, grabbed my head and started rubbing my face against his penis. I walked away because I realized that this was not right. When she wanted me to go she told me to say hello, so I went over and gave her a cheek. She grabbed my face and kissed me on her mouth, she told me that not only boyfriends and moms or dads gave kisses on her mouth, and in the meantime she touched me, “she revealed.

It should be remembered that Pinamonti has two other complaints against him for similar reasons. Lawyer Jaqueline Cattaneo, representative of the three victims, clarified that “the crimes reported to Pinamonti happened before the regulatory changes (article 67 of the Penal Code) and a crime that was not in force when the events occurred cannot be punished.” She stressed that she also “rules in the Penal Code the benefit of the application of the most benign law for the accused.”

A little less than two months ago, Bishop Adolfo Uriona, in charge of the Diocese of Río Cuarto -of which Pinamonti depends- declared him guilty of the crime of sexual abuse for the facts exposed by the survivor between 1995 and 1999 in San Basilio. This happened almost 30 years after the crimes were committed. Uriona decided to apply the penalty of “total prohibition to exercise the sacred ministry in public for an indefinite period of time”, which implies the impossibility of giving Mass in public, but remains linked to the Catholic institution.

In addition, Pinamonti has a first accusation that dates back to 1978, when a woman who is now 55 years old denounced the priest for similar acts.