the “rainbow of fire” that surprised China • Channel C 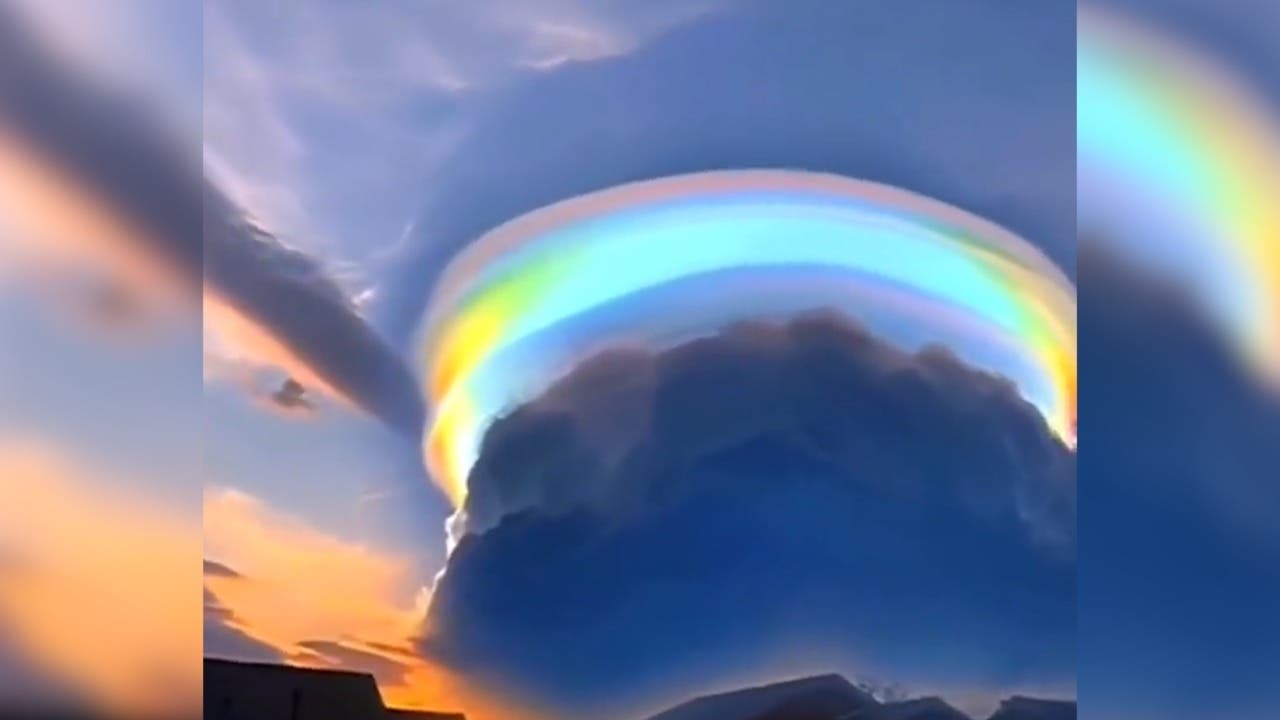 The event occurred in the skies of Haikou, a city in the south of the country with two million inhabitants. As explained by The Weather Network, the spectacular sighting corresponds to a pileus cloud or “scarf cloud”, which would form at the top of a large cloud.

This particular show is the result of the diffraction of sunlight through small water droplets or even tiny ice crystals of which these clouds are composed, especially located in mountainous areas at low temperatures, which deflect the sun’s rays from individually, causing multicolored clouds to streak across the skies, this majestic phenomenon is known as ‘fire rainbows’ or ‘rainbow clouds’.

Iridescent clouds, known as “fire rainbows” or “rainbow clouds,” are produced when sunlight is diffracted by water droplets in the atmosphere. And sometimes the moisture in that air suddenly condenses into tiny droplets to form a cloud layer. pic.twitter.com/KuZQiC9cDP

Nacreous clouds typically form at high latitudes and in extremely cold temperatures. They become visible when the fading light of sunset passes through tiny ice crystals that are carried away in a strong jet of stratospheric air.

The images went viral on social networks by showing the impressive tones in the sky.