The recommendations of a Champaquí guide about the journey • Channel C 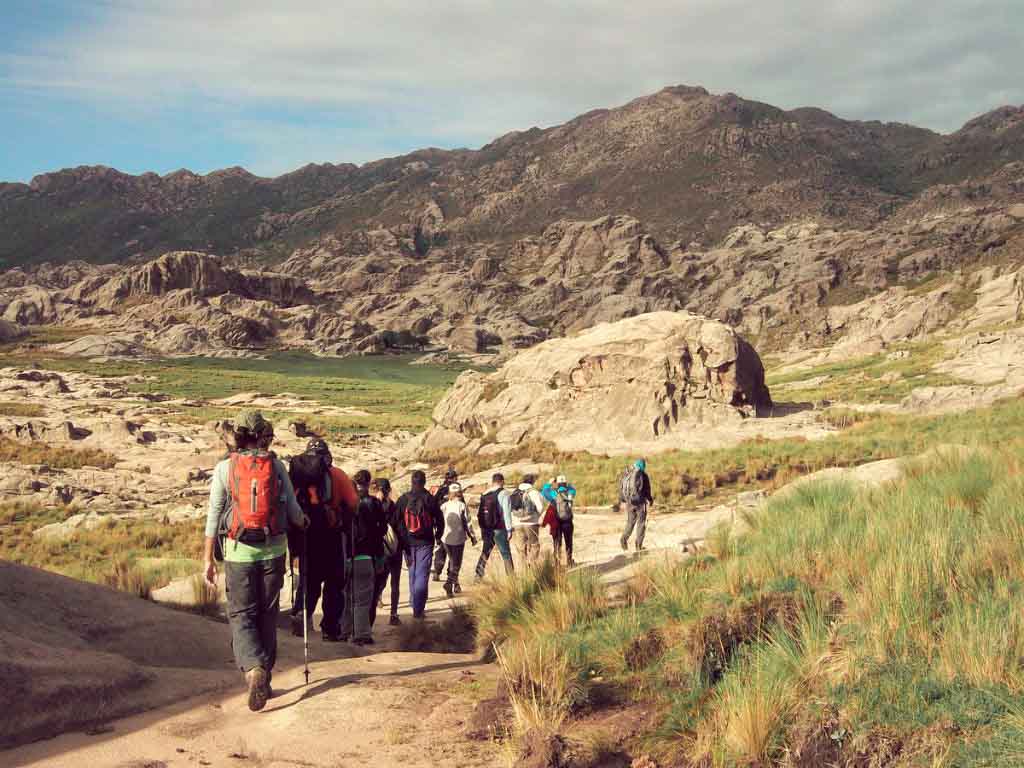 What has happened on the Champaquí hill in recent days, with the death of a young woman from Rosario who was only 17 years old, has aroused the fear and attention of society about the realization of this type of excursions.

In this context, we interviewed Miguel Coranti, who is co-founder of Alto Rumbo, a company in charge of guiding and carrying out all kinds of excursions. He fundamentally knows a lot about the hill in question since he is a guide and understands perfectly what must be taken into account when undertaking the journey to the top.

– How complex is it to climb the hill?

Miguel: “We understand that it is an intense physical effort. It demands aerobic and anaerobic resistance and also strength, because they are long days of trekking (we are talking about more than 6 hours), and in many cases tourists carry weight on their backs. With Over the years we have learned that sedentary people, who have not practiced physical activity for months, and people who are excessively overweight do not have such a good time; they can do the circuit but they do not enjoy it as those people who have a very good physical fitness According to insurers, people between the ages of 5 and 65 can be taken to climb the hill, but in practice if they are in good physical condition they can go even older without problems.

– What should be taken into account when making the journey?

M: “You have to keep in mind that you are entering a risk area. In 2012, Provincial Law 9856 on risk areas was regulated, which establishes that both Champaqui, Uritorco and Los Gigantes are risk areas. And As far as Champaquí is concerned, it is considered a medium risk area, which is why it is necessary to complete the registration of people who enter the risk area.”

From the Secretary of the Environment and the Environmental Police of Córdoba, they point out that these sites are considered risky since, due to their characteristics, they can affect the physical integrity of people. They are points of the provincial territory that present a mountain climate, that is to say that in a short time abrupt and sudden changes in climatic conditions can occur. During the excursion through these places, the temperature can suddenly drop with great thermal amplitude, register the presence of fog, storms with a large amount of falling water, hail, electric shocks, strong winds, frost or even snowfall.

M: “The meteorological risk should not be underestimated. If one says ¨oh I have an uncle who went, a friend, says it’s silly, there is the shelter and the marked trail¨ what you are doing is underestimating the factors of time, among which the most dangerous is the fog because you lose any point of reference”.

In addition, they present an important topographical difficulty. They are wild areas, with deep ravines and with different degrees of difficulty in their ascent. Failure to comply with the minimum safety conditions to ascend can lead to situations of risk to people’s health, such as hypothermia, sunstroke, loss or physical accidents due to the complexity of the terrain.

The fact of completing the form allows to generate a record of the different data of the visitor, such as age, history of illnesses, medications, contact telephone number, address, expected time of return, contact of a relative, among other useful information in case of rescue operations or other types of accidents.

– Do you always have to go with a guide?

M: “There is another Law that is the Alternative Tourism Law (L8801) that establishes that all natural or legal persons who organize this type of tour are within this regulation and are subject to sanctions in the case of infractions. However, the Law The Risk Zone only recommends traveling accompanied by an authorized guide, it does not require it. So there is a contradiction there. From my experience, the ideal is always to be accompanied by someone who has the basic skills and who knows how to read the aptitude of the group, yes can advance or not, the climatic risks and that fundamentally knows how to act in any situation that occurs above”.

-What equipment is convenient to carry?

M: “It is important to make the journey with shoes in good condition, comfortable and with high soles; wear an inner layer: leggings and thermal shirt, and synthetic clothing because cotton ones get damp from sweat and this makes you cold. It is also important to wear waterproof so we talked about weather factors and shelter. Not to mention the importance of being well hydrated and carrying bottles to hydrate on the route”.

M: “They are not common, on the contrary. There are contingency plans planned for when there are, such as when there is no risk of life, the person is evacuated by mule, and when it is serious, there is direct communication so that the rescue can be carried out in helicopter. But you have to know that we are always less than 3 hours from a mountain post and we are 4, 5 hours from an ambulance”.

Finally, Miguel remarked that “Climbing Champaquí is an activity worth doing, living the experience, always taking the necessary precautions and being aware of the risk involved in getting into this type of challenge, but you really have to do it.”