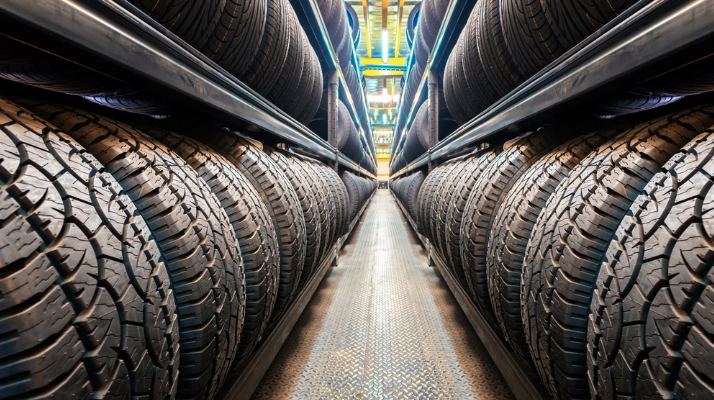 The Stock Exchange released a statement on Wednesday where they express their discontent regarding the situation in the tire industry in the country. “The productive sector is facing, in a general way, serious difficulties derived from the shortage of foreign exchange. The government limits the importation of industrial inputs, spare parts and, above all, finished goods, which prevents supplying the demand, harming the consumer and seriously compromising the productive process”.

“This scenario is nothing more than a strong symptom of the erratic economic policy of the national government. Uncontrolled public spending has generated a high fiscal deficit, with the corresponding monetary issue to finance it, feeding back a disastrous and intolerable inflationary process,” they explained.

They understand the situation as a “scourge, which destroys the productive sector and harms society as a whole, the government only seeks to mitigate its effects with greater controls and prohibitions, by maintaining an exchange rate trap, which continues to generate a wide gap between the official dollar and the free dollar, which stimulates imports and discourages exports, further aggravating the shortage of foreign currency. We could be facing a dangerous paralysis of the economy if corrective measures are not taken urgently”.

See more: The Government will enable tire imports if a union agreement is not reached tomorrow

They add that “the risk should not be underestimated that the tire companies, also harassed by strong union pressure, may make the decision to leave the country as other companies have already done, victims of the discretionary controls and prohibitions of the public policies. Nor can we ignore the risk that this situation represents for the automotive industry as a whole.”

“The authorities must think about the free functioning of the markets to rediscover the lost balances. Simultaneously, implement a firm fiscal and monetary control, which avoids an even more dangerous inflationary spiral. There is not much time left to act in this context to recover the confidence”, closes the statement.

Also: Tire crisis: Fiat warns “we are 10 days away from stopping”