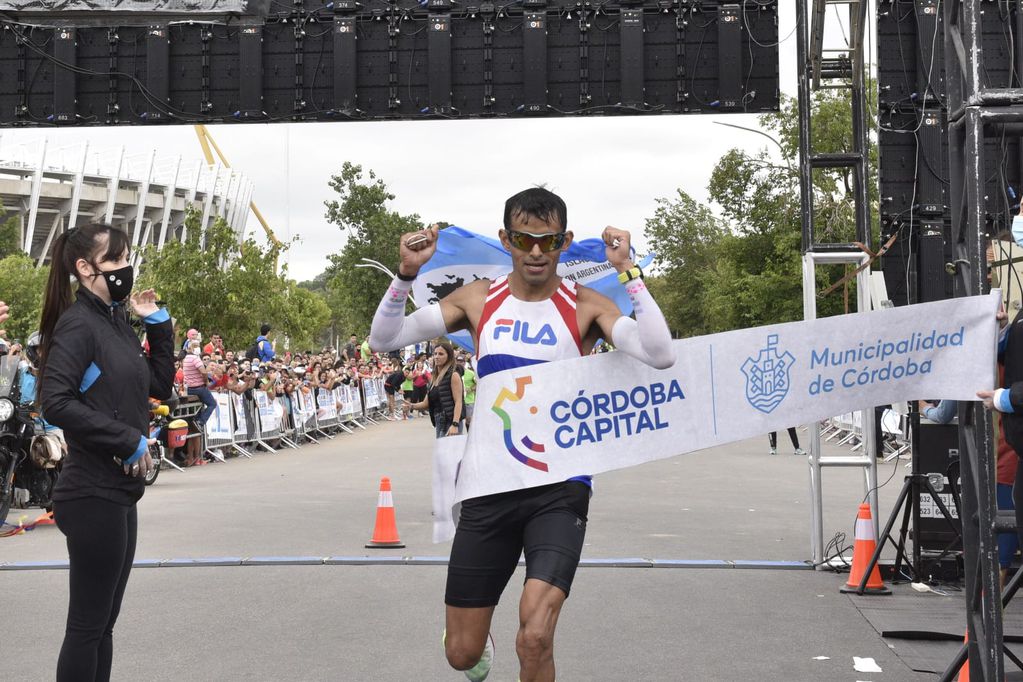 After the success of its first edition, the Municipality of Córdoba relaunched the “Cba 42 K Marathon – Recorre Córdoba”, with a date scheduled for Sunday, October 30, starting at 7 in the morning. It will start and finish at the Mario Alberto Kempes stadium, in front of the Faculty of Physical Education.

Miguel Siciliano, municipal government secretary, highlighted: “In this presentation we had the presence of all the business chambers linked to tourism, ADEC, opposition blocks and the ruling party, and we were able to review what the Marathon is going to be and improve some aspects of the previous version. We are very happy because we found a very positive reception”.

Also: Due to the fires they suspended the Rally in the mountains

“We understand the Marathon as a way to install the Córdoba Ciudad brand. About 10,000 participants in the last edition were runners who came from the province of Córdoba, the rest of Argentina and abroad. Which implies that they spent at least one night in the capital, used our hotels, restaurants, taxis and remises, and bought in our businesses, in short, they left what the tourism industry leaves in the cities: more employment”, added the Secretary.

“We have decided not to charge the registration fee as they do in other places, because we understand the Marathon as a policy that generates the movement of the tourism industry, the Orange Economy”, expressed for his part Medardo Ligorria.

What will the dynamics of the event be like?

will have three categories in competition: 42K, 21K and 10Kin addition to a test 5 K participatory. The winners will receive cash prizes and a participation medal, product of the Circular Economy.

The circuits diagrammed by the organization comprise the area of ​​the Kempes Stadium and Kempes Park, Costanera Norte and Sur, as well as sectors of the Nueva Córdoba, Centro and Urca neighborhoodsthus going through numerous public spaces recovered by the capital’s Municipality.

Registration is free for participants, with limited seats, through marathon42k.cordoba.gob.ar, until October 27 inclusive. On the marathon website it is possible to view and download the forms to be submitted and the conditions of participation. Athletes participating in the tests must present, without exception, a mandatory physical fitness certificate (medical certificate) signed by a licensed medical professional, original and copy.

The announcement was made at a work meeting headed by the Secretary of Government and General Management of the Cabinet, Miguel Siciliano, together with the Undersecretary of Sports and Recreation, Medardo Ligorria, where municipal authorities from different areas, representatives of the Deliberative Council, the president from the Sports Commission, Armando Fernández from the Córdoba Cambia bloc, the mayor María Iglesias from Pro and the councilors Nicolás Piloni and Marcos Vazquez; members of the Cordoba Economic Development Agency (ADEC); the city tourism board, made up of chambers and associations; Cordoba Federation of Athletics; Athletics Association; runners; among other guests.