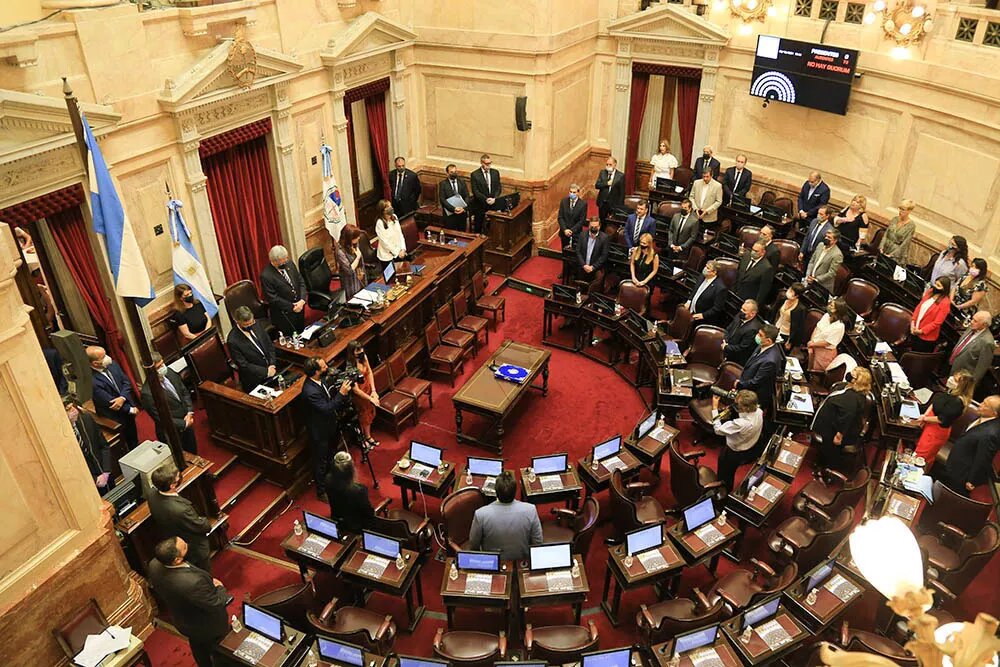 After approving the agreement with the International Monetary Fund (IMF), the Senate resumes parliamentary work on Tuesday with the analysis of the project sent by the Executive Power to reform the Judicial Council.

Together for Change, meanwhile, managed to unify its proposals and presented a counter project that will be considered during the plenary session of the Constitutional Affairs and Justice commissions, which will meet this Tuesday at 4:00 p.m.

The issue had been included by the Government in the agenda of extraordinary sessions of Congress, but due to the political will of the ruling party there was no discussion of that project or any other during the summer months. However, now there is a decision to deal with the issue as quickly as possible in the committees.

Both parliamentary bodies were recently constituted, and Jujuy Peronist Guillermo Snopek was appointed as head of Constitutional Affairs and Neuquén Kirchner Oscar Parrilli as head of Justice.

The ruling party wants to comply with the ruling of the Supreme Court, which declared the current law unconstitutional (which reduced the members of the Council of the Judiciary) and ordered Congress to sanction a new norm before April 15.

The highest court considered in its ruling that the regulations in force -promoted 15 years ago by the Government of Cristina Kirchner- do not respect the balance between the political classes, the judges and the lawyers who shape the body in charge of selecting and discipline judges.

If the peremptory term is not met, the body will be unable to sign resolutions after that date and, in turn, will be forced to resume the integration it had before the 2006 law, when there were 20 members and not 13 as now.

The project of the ruling party aims to raise the members of the Council from 13 to 17, incorporating two lawyers, a judge and a representative of the academic and scientific field.

If the Government’s initiative succeeds, the Council would be made up of four judges from the Judiciary (now there are two), six members of the Legislative Power (three deputies and three national senators, two from the majority bloc in each chamber, and one from the first minority), four representatives of the lawyers (now there are three), a representative of the Executive Power, and finally two corresponding to the academic and/or scientific spheres (until now there was only one).

In compliance with a criterion of gender parity, both in the case of national legislators and in that of academics and scientists, at least half of the positions must be held by women.

There must also be two women out of the four that represent the legal establishment, who would be elected by direct vote according to the D’Hondt system by those enrolled in the Public Bar Association of the Federal Capital or in the Federal Chambers with a seat in the Provinces.

Together for Change had several projects presented, but it was possible to unify the proposals and this Monday the final version of the counter project was presented, with a fundamental pillar: it foresees that the Supreme Court once again has a member in the Council of the Magistracy and that in addition presides over it (as was the case before 2006), a claim that the Front of All rejects. Therein lies the key to the discussions between the ruling party and the opposition.

The initiative of Together for Change proposes to restore the old composition of the Council of the Judiciary of 20 members with the president of the Supreme Court at the head (currently it would be up to Horacio Rosati to assume the position).

In addition, the opposition project stipulates that the body be made up of four judges of the National Judicial Branch, elected by the D’Hont system, “having to guarantee the equal representation of chamber and first instance judges and the presence of magistrates , with federal jurisdiction from the interior of the Republic and the Autonomous City of Buenos Aires. Four judges (two from the Federal Capital and two from the interior).”

In turn, a representative of the Executive Power is included in the composition of the Council; four national senators (two for the block with the most members, one for the second bench and one for the third) and four deputies (same distribution). In the case of national legislators, they will be appointed by the heads of the Senate and Deputies, at the proposal of the respective blocks, and equitable gender representation must be safeguarded.

On the other hand, it is proposed to increase the majority necessary to integrate the commissions to two thirds. “This is to guarantee dialogue and consensus, so that there is not a group that can permanently designate a majority in all the commissions. The same majority will be needed to designate the Vice President and the General Secretariat,” Together for Change explained in a statement. .