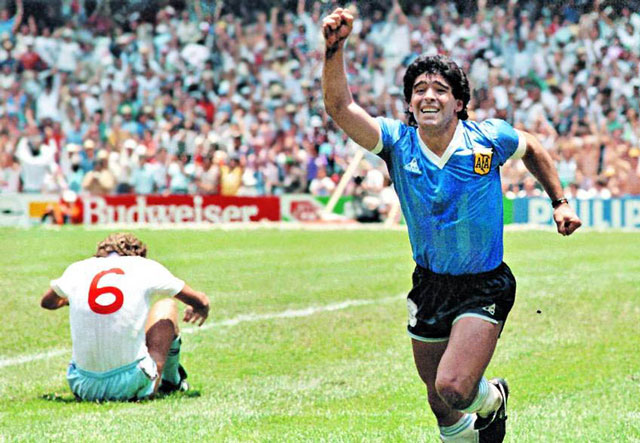 The shirt of the Argentine team that Maradona wore in the match against England, in the quarterfinals of the World Cup in Mexico 1986, where he scored the two goals of the victory (2-1), is up for auction by the house of Sotheby’s bids, and it is estimated that it can reach a value close to 6 million pounds (about $7.8 million dollars).

That day, at the Azteca stadium in Mexico City, still with the vivid memory of the Malvinas War that confronted the United Kingdom and Argentina in 1982, Maradona starred in two of the most historic and remembered goals in world football: the first , called ‘the Hand of God’; the second, ‘the Goal of the Century’.

How do you know that it is really the shirt that Diego wore?

The Sotheby’s agency published on its website: “Part of the challenge in evaluating the shirt was to identify the shirt with the two historic goals. As part of this effort, Sotheby’s worked with Resolution Photomatching to match the jersey to both lenses, examining unique details in various elements of the item, including the patch, stripes and numbering. The Photomatching resolution determined that Maradona changed his shirt during the match, but that he used this shirt for the two historical goals in the second half of the match”.