The shows that arrive at Quality Espacio • Channel C 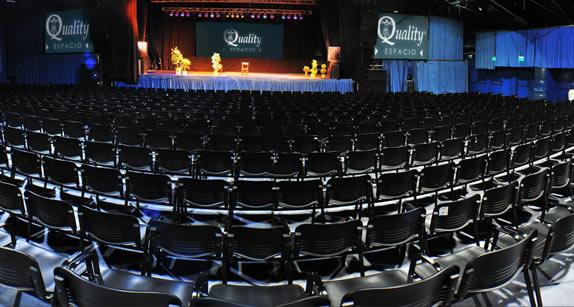 During May, Quality Espacio offers different shows for the whole family.

Among them, Ruben Rada stands out, who will land at Quality on May 12 with his show “On the way back from Japan”.

A show that has part of his history and in which Rada will anticipate some songs from his next album “Candombe with the help of my friends”, in addition to what he presented in Japan, as one of the most important composers, percussionists and singers of speak Spanish.

A day later it will be the turn of Palito Ortega, who will have him for the last time stepping on a Cordovan stage with his “Farewell Tour”.

Palito undertakes this Farewell Tour with a majestic and superior show, like never seen before, where he will review his incredible and extensive career, full of songs and, at the same time, it will be a way to be face to face with several generations of followers. from all over America.

Days later it will be the turn of La Oreja de Van Gogh, on the 19th they arrive in Córdoba with “A Whisper in the Storm”

In this second part of the “A Whisper in the Storm” tour, the group will be fresh from their successful North American tour through 18 of its main cities: Orlando, Miami, Atlanta, Chicago, New York, Washington, San Francisco, Los Angeles and his tour of Mexico.

Stay tuned to our networks that in the next few days we will be raffling tickets so you can see one of these shows.