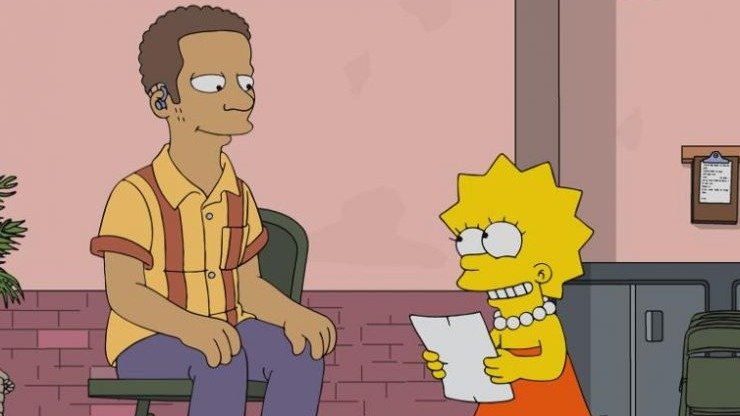 Spanning its 33-year history, the Simpsons family series will add its first deaf character to its never-ending roster of characters. The chapter will be titled “The Sound of Bleeding Gums” and will include sign language.

The episode will star Lisa Simpson who discovers that her late jazz idol, Bleeding Gums Murphy, has a son and needs a cochlear implant. Lisa will find a way to help Monk Murphy. “It is very difficult to do something for the first time after 722 episodes. But I couldn’t be more excited about this one,” said executive producer Al Jean.

The plot of the chapter was based on the life of Loli Steele Sosthand, the main writer. “Loni set out to turn Bleeding Gums Murphy’s son into a man who was born deaf and could never hear his father’s music,” Al Jean explained.

The writer came up with the idea since her brother, Eli, is hard of hearing and part of a family where everyone loves jazz. “Having a brother, who is only a year older, who was born deaf, really shaped who I am as a person. So it’s a story not only close to my heart, but also to my identity,” Loli revealed.

For the making of the episode, the creators of The Simpsons were informed about how to use sign language in the series, taking into account that in animation the characters have four fingers. To do this, they consulted specialists in American Sign Language (ASL) to ensure that the messages could be understood.

Who will be in charge of giving life to the voice of Monk Murphy will be the deaf actor John Autry II, who participated in series such as “Glee” and “No Ordinary Family”. Autry called the role life-changing for him, adding, “It’s about people who are hard of hearing and people who can hear coming together.”

The episode will also feature three children, Ian Mayorga, Kaylee Arellano and Hazel López, performing the song “Happy Talk.” The children are participants in No Limits, a nonprofit organization that helps deaf children.