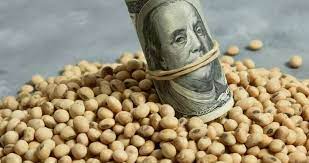 The National Government made official the completion of the so-called “soybean dollar” for this Friday, September 30, as announced and set the guidelines for the liquidation of the oilseed during the last days of the operation, which was described as very successful by the Economy Minister Sergio Massa.

It should be remembered that the official intention was to get the grain companies and collectors to liquidate a value of 5 billion dollars, in order to reinforce the reserves of the Central Bank. According to daily information, this amount will exceed 7 billion dollars, almost 50% more than initial expectations.

In this way, the Central Bank managed to accumulate reserves during September for US$4.6 billion, although it was not the only beneficiary. The agro-export companies obtained greater profits due to the differential price of the dollar and also guaranteed that their factories work with less idle capacity between now and the end of the year, since they have the quantities necessary to produce.

According to the information confirmed by the different chambers, almost 15 million tons of the collected oilseed were liquidated.

Through Resolution 43/2022 published in the Official Gazette, “strict operating guidelines” are established within the framework of the Export Increase Program (PIE).