The Thinking with Humor Festival continues this Sunday • Channel C 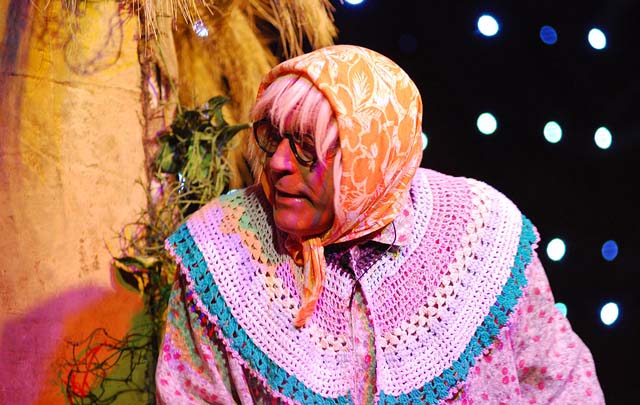 The XV edition of the Pensar con Humor Festival continues this Sunday 24 with functions in different stages of the city and the province. Under the motto “Humor laughs at humor…”, the event organized by the Córdoba Cultura Agency brings joy to the last weekend of the July holidays, while welcoming tourists from the provinces that are still in recess.

In addition to the performances in theaters and cultural spaces, interventions are planned at the Teatro Real (San Jerónimo 66) and the presentation of the routines of the amateur comedians who participate in the now classic “Humor al toca” contest.

In addition: Thinking with Humor reaches the neighborhood councils

In the city of Córdoba, the performances will take place at the Teatro Real (San Jerónimo 66), in the Buen Pastor chapel (Av. Hipólito Yrigoyen 325), Espacio Máscara (Humberto 1º 877) and María Castaña (Tucumán 260,), with a general ticket of $500 that can be purchased at Autoentrance or through the Teatro Real ticket office. In the rest of the spaces the entrance is free and free (until full capacity).

Next, the grid of the XV edition of the Thinking with Humor Festival for today:

Stand up comedy show that proposes a philosophical, pragmatic and lysergic journey through the universe of sound, word and thought.

“Lara, stop acting!” It has stories where madness, passion and freedom reflect the artist in her “being a woman” in these times. With different theatrical and musical climates, the monologues reflect everyday stories, where the actress goes through captivating moments and situations, with rhythms such as: cumbia, zamba, waltz and tango, among others.

Unipersonal of the company “Martianas” where its protagonist, whose name is Marcia and her middle name is Ana, merges two universes: the alien, because it is a being that clearly comes from another planet, and the “earthling” of the suburbs. She is municipal runner-up in amateur gymnastics, and throughout the show she will be in charge of showing off her resources and talents through two performances, one that is altered by “mistakes” and another where she invites four men to participate so that they dance with her. she.

Cross of the Axis- Rivadavia and February 3

A grandmother from the countryside tells and sings about life in these times of the end of the pandemic, humorously reflecting on death, illness, indifference, hope, the culture of individualism, solidarity and helplessness, all humorously of the absurd

The show is based on a script by Mario “Oso” Vieyra, with the artistic direction of Ricardo Bustamante. The unfolded genre, café concert, consists of four individual acts with an ingenious style, where part of the humorist’s story unfolds, along with the adventures and misadventures of an actor. A work that displays the most refined technique of the untidy, a strange balance between the comic and the absurd.

Fictional work that recounts aspects of the biography of Cacho, an inhabitant of the traditional Cordovan neighborhood of San Vicente. Son and grandson of butchers, Cacho works in the butcher shop. His life goes on like that of any neighborhood boy. One day he sees Jorge Donn dance on Av. Hipólito Yrigoyen and something changes in him. This is how he begins a journey to fulfill his dream: to be a dancer. An intimate reflection, small and poetic at times. The play takes place in the dressing room before going on stage.

“Walking in the HUMOR” – Platinum

From Hernando, the national capital of peanuts, the brothers Cristian and Checho Platini, present “Walking in humor”, an interactive humorous show that combines humor, occurrence and spontaneity through recreation and animation. This show contains moments of stand up, monologues and a variety of characters that take the audience through different situations of laughter, guffaws and moments of reflection and emotion.

A show that brings together styles such as stand up and pantomime, highlighting the gestural and corporal, which Chichilo handles so well. In addition to recounting countless reid situations related to his childhood, the capocomic plays part of the best monologues of his career, leaving for the end a few minutes in charge of the drunk, one of the public’s favorite characters. With a battery of resources and a fine sense of timing on stage, it has managed to become one of the best comedy shows on the bill.

In this interactive improvisation theatrical show, the doctor’s sexology office opens its doors to the public with advice and humor from La Bicho. With medical and scientific data, a space for exchange and complicity is generated to break myths and taboos. A show to learn about sex through laughter, understanding that sexuality is part of people’s comprehensive health.

“Impure, Almost a Magazine” tells the story of three high-class ladies who accidentally arrive at the theater and a producer confuses them with the vedettes who were waiting for a show. In this way, Pochita, Lulú and Anchorena are forced to meet the expectations placed on them in a self-confidence of extremely funny situations. A show to laugh out loud.

Humorous show where humor will be approached from different angles: monologues, sketches, stories, jokes, characters and stand up.