The Venezuelan-Iranian plane was raided and seized • Channel C 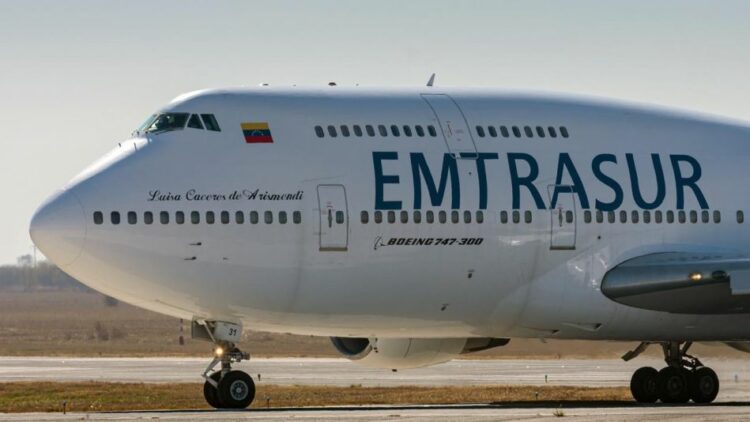 In the last hours of Thursday, it emerged that the Emtrasur company plane, which months ago arrived in Argentina with a Venezuelan and Iranian crew suspected of belonging to terrorist groups, was raided and seized. The Federal Bureau of Investigation (FBI, for its acronym in English) requisitioned the aircraft after the request of the United States Justice. Later, federal judge Federico Villena endorsed the request to seize the plane by US order.

The Court for the District of Columbia was the one who requested the seizure because, in their opinion, “the plane is subject to forfeiture based on violations of United States export control laws related to the unauthorized transfer of the Mahan Air plane.” .

It may interest you: They arrest four Iraqis with false documents at the Ezeiza Airport

As reported by the TN media, in the statement from the Department of Justice it is detailed that the order of the Columbia Court was issued on July 19. It is not the first request from the United States. A few days ago, a letter was published in which Republican senators asked the attorney general of that country, Merrick B. Garland, to “respond and help Argentina”.

The District Court for the District of Columbia argues that since 2008 the United States Department of Commerce issued “a denial order that prohibits Mahan Air from participating in any transaction involving any product exported from the United States.”

The US authorities explain that the plane was manufactured in US territory and therefore there should have been an authorization from the United States to finalize the transfer of “custody and control” of the Boeing 747-300M from Mahan Air to Conviasa, the line of Venezuelan flag owner of Emtrasur, the cargo arm.

In addition, the Court notes that “additional violations of the control laws occurred between February and May 2022 when Emtrasur reused the aircraft” to travel to Caracas, Tehran and Moscow. These were some of the declared routes completed by the plane that is still being held in Ezeiza.

With information from TN