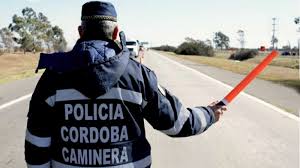 Last Saturday and Sunday were fateful days in Córdoba. Due to different accidents, two motorists and four motorcyclists died, in addition to a balance of several people seriously injured by said accidents.

Pozo del Molle: Two young people aged 20 and 21 died after the motorcycle they were riding on hit a Toyota Hilux on Route 158. The occupants of the truck were injured.

Potrero de Garay: the fatal victim was a 40-year-old man after his motorcycle collided with a guardrail on provincial route S-271. The driver lost control of the vehicle and fell to the other side of the shoulder.

Villa Nueva: a 19-year-old died after colliding on his motorcycle against another, which was driven by a 55-year-old man who was injured.

Colonia Tirolesa: a 17-year-old teenager died after the vehicle, in which he was traveling as a companion, overturned due to causes that are being investigated. The car was driven by another 17-year-old teenager, accompanied by three other occupants.

Circunvalación: the fatal victim was a 36-year-old man when the Renault 9 he was driving tumbled several times and collided with a construction of the central stonemasonry, at the height of the Chacras de la Merced neighborhood. Three other people were seriously injured.

Read more: Fatal accident on the ring road left one dead and 3 injured