There are conflicting hypotheses in the death of Yamila • Channel C 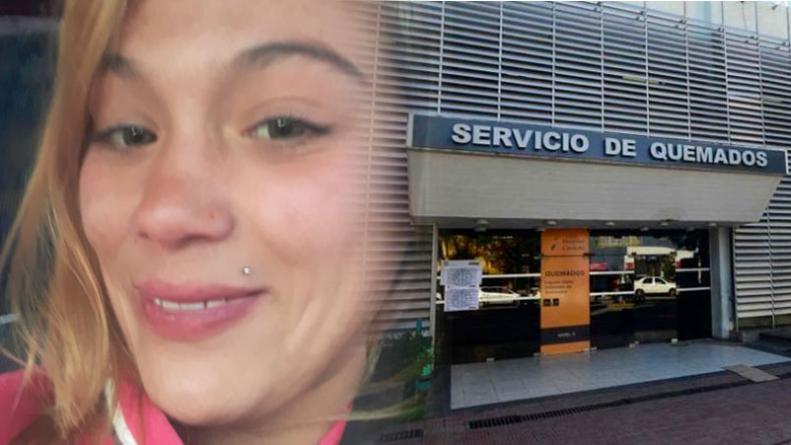 Many doubts revolve around the death of Yamila Ayelén Herter. The 24-year-old had 94% of her body burned from her. Last Tuesday she died at the Instituto del Quemado, where she was hospitalized fighting for her life.

Since then, Pablo Martín Nieto (18) has been arrested and charged with homicide qualified by the link. But even the prosecutor Pablo Camacho did not order the figure of femicide (aggravated by mediating gender violence), since they handle two opposing hypotheses.

The first version given by the boyfriend of the burned girl

Neighbors helped put out the flames that engulfed the body of Yamila Herter, that afternoon of Monday, June 27, in the Argüello Lourdes neighborhood. She was at Pablo Nieto’s house and they say they heard them argue. Police personnel appeared at the scene and, seeing the seriousness of her injuries, transferred the young woman to the hospital. Her boyfriend also accompanied her.

At that point, he gave a spontaneous explanation: “He said that the engine of a gas-powered lawnmower had exploded.” but in the house “They found no signs of an explosion, but rather a jar of gasoline that was also cold,” according to prosecutor Camacho.

In addition to this “spontaneous lie”, the investigators explained that there is “another test that cannot be made public”. This would aggravate the judicial situation against Nieto. But for the moment, they will not allow the information to leak and the summary secret remains.

Why does justice doubt whether it is femicide or suicide?

Sources close to the investigation informed El Doce that this week they will take a statement from the only person accused of Yamila’s death. The results of the autopsy report performed on the victim’s body are still unknown.

“There are elements that allow a well-founded suspicion that he set it on fire,” they revealed. However, “there is also other evidence indicating that it could have been a suicide.”

Nieto has no history of gender-based violence, no complaints for other crimes, and he has never been in prison. For this reason, the possibility that the young woman has self-harmed is not ruled out, “but if it turns out that she set her on fire, then she is a savage who has to be in the cage.”