“There are devils who make prices go up” • Channel C 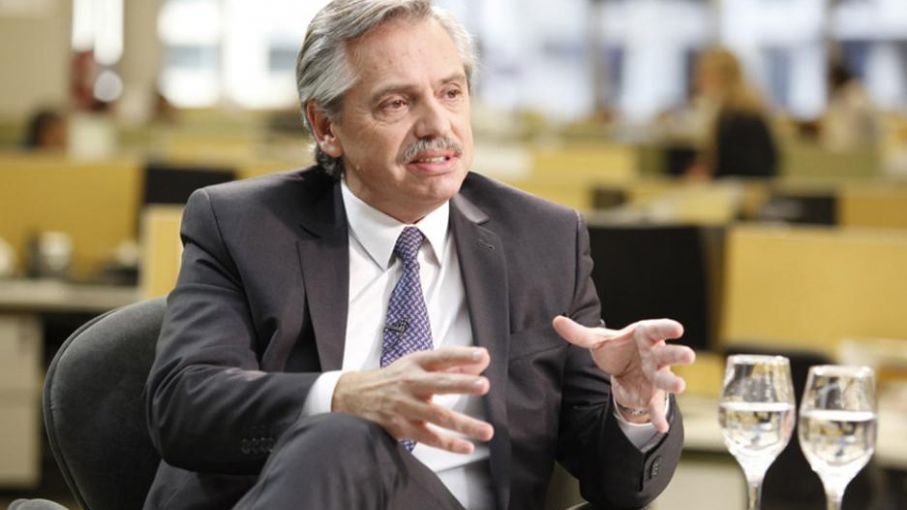 In the midst of the fierce internal conflict between the leaders who surround him and referents of hard Kirchnerism, President Alberto Fernández today ruled out possible changes in the Cabinet and assured that he will do nothing so that the Front of All “breaks.”

“I am not going to do anything so that the Front of All breaks down and I am going to do everything to continue working together,” he promised.

In an interview on TV Pública, the head of state was asked about the end of dialogue with Vice President Cristina Kirchner after the agreement with the International Monetary Fund (IMF) was approved, and in this regard he said that these “are issues that we will know how to solve “.

In relation to the “war against inflation” that he announced a few days ago, Fernández affirmed that he has no intention of “getting in good with God and the devil” and pointed against business sectors by arguing that “there are devils who make prices rise.”

“I don’t want to look good with God and with the devil. I need people to be able to live in peace and for prices to go down. There are devils who make prices go up and we have to make them see reason. If it’s not possible, we’ll apply the tools what we have,” he warned.

The head of state explained that “a war has been unleashed that has boosted the price of food and energy,” which is putting upward pressure on local market prices, but he also warned that there is “a self-constructed inflation that is in people’s heads.

“People read that food prices go up and then the price of everything goes up,” Fernández analyzed, adding that “inflation is a very serious problem in Argentina” and that “for a decade” it has remained in the ” two digits”.

“A government like ours, which is determined that wages beat inflation, needs inflation to moderate,” he acknowledged.

Alberto Fernández: “There are devils who make prices rise. There is a self-constructed inflation in people’s heads”

What do you think? pic.twitter.com/MVnSKJPga9