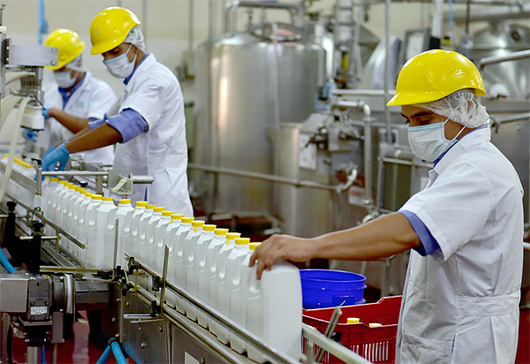 As of this Tuesday, November 29, two strikes called by the Association of Workers of the Dairy Industry of the Argentine Republic (ATIRLA) will take place. This is a 72-hour stoppage for the SanCor plants and 48 hours for the rest of the industry.

Two weeks ago, the possible measure of force was advanced, but there was no response from the National Government. ATILRA maintains the position of continuing with the trust and stressed that the business group is firm.

The group “María Adrián Cornejo” demanded, at the beginning of the month, the Secretary General of ATILRA, Héctor Ponce, to call a strike. “The company’s crisis finds a way out from the trust designed and promoted by the National State and signed by the Cooperative, the group of investors and our union entity a year ago,” the statement said at the time.

The Government did not like the idea and it was dismissed. The leader of the Evita Movement and Secretary for Relations with Civil Society and Community Development, Fernando Navarro, is committed to a summer plan that allows the cooperative cope with the most critical moment of the year and add liters to production. The plan contemplates claims against Venezuela for the debt and tax benefits.

So far there are no understandings, despite the meetings between the parties. For this reason, the Atilra National Board of Directors ruled to carry out a total stoppage of 72 hours in the company SanCor CUL The measure will run from midnight on Tuesday, November 29, to Thursday, December 1, inclusive, seeking to put pressure on the negotiations to find a way out.

For his part, he strike for the entire industry will be held for 48 hours. It will run from midnight on Wednesday, November 30, to midnight on Thursday, December 1. “We ask our fellow dairymen across the country to remain alert and mobilized pending,” said the ATILRA statement.

Also: The new soybean dollar will be available until December 31