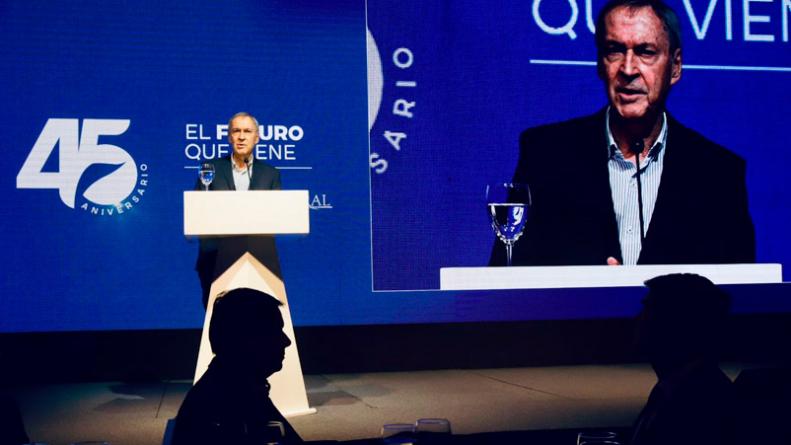 Packed with officials, businessmen and various guests from the Mediterranean Foundation, the lunch organized by the Mediterranean Foundation had the Governor of Córdoba Juan Schiaretti as its main speaker. The provincial president spoke in front of mayors, senators and deputies from both the Hace por Córdoba and the opposition, with words of unification to move the province forward.

In his speech, which lasted an hour, he listed some of the challenges facing the province in the face of post-pandemic adversity and appealed to the joint work of all the actors in society: “There is a phrase that summarizes the necessary balance society should have, a German chancellor said in the postwar period: ‘There must be as much market as possible and as much State as necessary’; that is the balance of a society that progresses”.

Regarding the country’s finances, Schiaretti warned: “One can have a fiscal imbalance at some time, but what one cannot do is always have an imbalance. The State must have the resources to be able to face the expenses required to cover social needs. “, he emphasized. In addition, he emphasized making “the investments that a province needs to be able to develop.”

The president showed a presentation in which the economic growth and savings achieved from his economic plan in Córdoba are graphed. Thus, he explained that ours “is the province with the fewest public employees per 1,000 inhabitants. And it is the one with the highest activity rate. It does not depend on public employment”, he emphasized.

In addition, the president said that “Córdoba’s taxes are, on average, cheaper than in the rest of the country” and for that he described the situation of Gross Income. “The Gross Income rate is 2.59% against 2.94% at the national level.” In particular, he said that it was “0.66% for the industry against 1.28% for the country; and 0.07% for agriculture against 0.52 in the country. So Córdoba, having cheap taxes and the fewest number of employees, has had a surplus in the last six and a half years,” he explained.

You can listen to the dissertation through the following video: