they approve a landing of 3,900 million dollars • Channel C 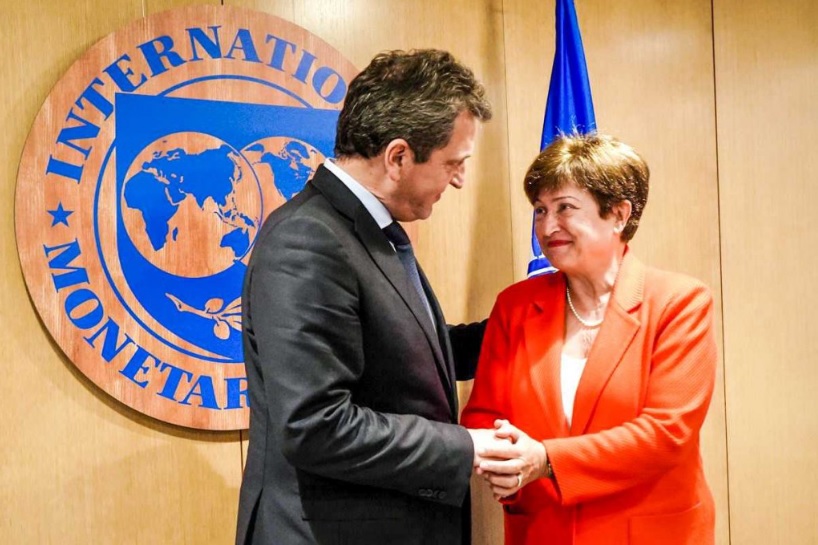 The IMF approved the second review of the agreement with Argentina at a technical level, but only “in the coming weeks” will the agency’s board of directors give the go-ahead for its implementation. In this way Argentina would have access to a disbursement of around US$3.9 billionfor which the maturity that operates this week should be paid with reserves, for more than US$2,600 million.

For the International Monetary Fund, most of the objectives of the quantitative program until the end of June 2022 were met, with the exception of the floor of the net international reserves of the Central Bank.

The IMF technical team was headed by Luis Cubeddu, Deputy Director of the Western Hemisphere Department and Chief of Mission for Argentina, who stressed that the review “focused on assessing progress since the completion of the first review, updating the macroeconomic framework, and reaching to agreements on a package of sound policies to further entrench macroeconomic stability and ensure sustained and inclusive growth.

In this context, he stressed that “it was agreed that the key objectives established at the time of the approval of the agreement, including those related to the primary fiscal deficit and net international reserves, will remain unchanged until 2023.” “This approach provides a vital anchor to continue rebuilding credibility and sustain the renewed commitment to implement the program, around the authorities’ pillars of fiscal order and reserve accumulation,” Cubeddu emphasized.

In addition, he pointed out that most of the objectives of the quantitative program until the end of June 2022 were metwith the exception of the net international reserves floor, “mainly due to growth in the volume of imports higher than programmed and delays in official external support.”

Presidential agenda: Alberto Fernández meets with the IMF and prepares his speech for the UN

In line with program commitments, net international reserves are expected to increase by US$9.8 billion over the course of 2022 and 2023, the IMF estimated.

The statement also indicated that although inflationary pressures “remain strong”, a “gradual moderation” of price increases is expected during the rest of 2022 and 2023, which “reflects a combination of stricter macroeconomic policy frameworks, reduced uncertainties due to the sustained implementation of the program and the projected evolution of world commodity prices.