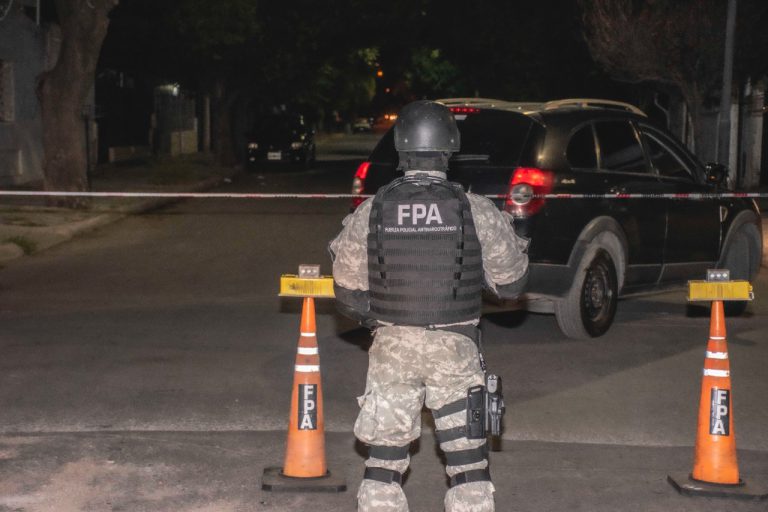 In the last few hours, various raids have been carried out in different areas of Córdoba with the aim of disrupting drug-trafficking associations. On the one hand, the Anti-Drug Trafficking Police Force carried out 13 procedures in the San Jorge, Villa Corina and Zepa neighborhoods, in which they arrested 17 individuals (8 women and 9 men).

The authorities seized 1,440 doses of cocaine, 278 doses of marijuana, several cannabis plants, money in pesos and dollars, and five vehicles (four cars and a motorcycle), among other pieces of evidence related to the division and commercialization of the substances. The detainees were members of two organizations, which in a coordinated manner sold drugs through a network of outlets.

On the other hand, another procedure was carried out that ended with the arrest of a subject who was driving a Renault Captur, in Villa El Libertador after a police control. According to the authorities, “The subject could not justify his statements or his presence in the place. We proceed to feel him and, inside his clothes, on his waist, he had a firearm, caliber nine millimeters, with six cartridges in the charger”.

Later, the officers controlled the interior of the vehicle and seized a “bag with abundant money, wrapped in small packages with more than 100 thousand pesos in cash”, in pesos and in dollars. In addition, the identification document presented showed signs of being falsified because at the time of document number control and between the cross-checking of data, it showed that there were several people who had presented a similar number or perhaps with the same number.