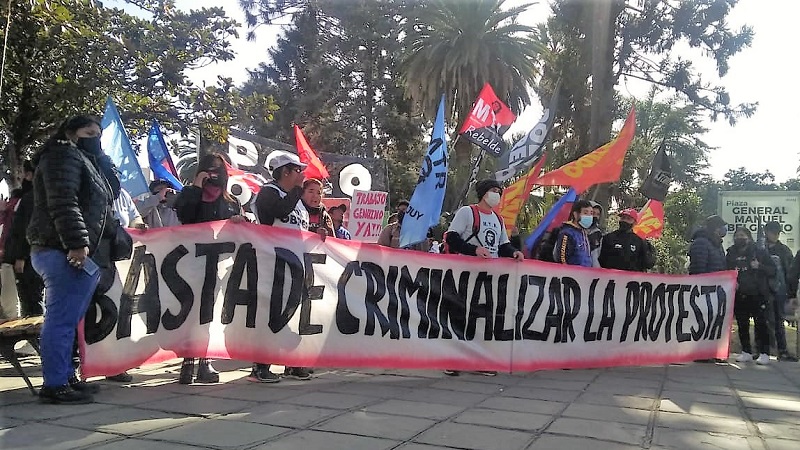 East wednesday 23 there will be a concentration from 5:00 p.m. at the central intersection of Av. Colón and Cañada “against the criminalization of the protest”, declared from the political party Nuevo MAS. The information was confirmed by Julia Di Santi, pre-candidate for deputy for Córdoba del Nuevo MAS and Las Rojas.

Di Santi summoned the general public on his social networks: “This Wednesday 11/23 we took to the streets against the bill of Hacemos por Córdoba and Juntos por el Cambio that seeks to prohibit, persecute and criminalize social protest in our province. We must stop his hand in the streets, join the mobilize together with the New MAS”.

It should be remembered that weeks ago two projects to regulate protests entered the Córdoba Legislature, not with the aim of prohibiting them, but to ensure that certain conditions are respected that guarantee the rights of both protesters and the rest of the citizenry, such as free movement .

One of the projects was prepared by Juan Manuel Cid (We do for Córdoba), which proposes a modification of the Code of Coexistence (law 10,326) with pecuniary sanctions, community work or arrests in situations in which the “trafficability and the use of the public highway.

The project of the councilors Dante Rossi and Verónica Garade Panetta (UCR) seeks to regulate with “The purpose of guaranteeing the exercise of the rights of freedom of expression, assembly, petitioning before the authorities, use of public space, as well as freedom of movement and physical integrity during public demonstrations.”. As explained by Rossi himself in this medium, for this the microcenter would be limited, that is, to carry out the marches outside the radius that goes from La Cañada, Humberto Primo, Sarmiento, Chacabuco, Maipú, Bv. San Juan and Bv. Ilia in both hands”.

In this topic: Traders urgently call for regulation of protests