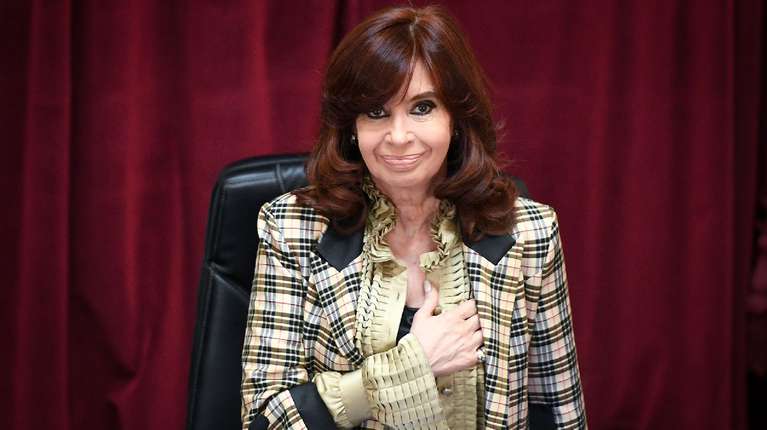 The Federal Chamber of Buenos Aires ratified this Wednesday the prosecution of Vice President Cristina Fernández de Kirchner for the alleged irregular use of the presidential aircraft fleet to transport furniture to the south of the country between 2003 and 2015, judicial sources reported.

Two of the three judges that make up Chamber I of Chamber I, Leopoldo Bruglia and Pablo Bertuzzi, considered that the transfer of national newspapers to the south of the country in airplanes for presidential use should not be considered a crime and ratified the lack of merit of the then Secretary of the Presidency and today Senator Oscar Parrilli.

The third chambermaid, Mariano Llorens, spoke in favor of the arrest of Fernández de Kirchner and proposed notifying the Senate so that it advances in the political trial of the former president, a position that, being a minority, is not decisive.

“It is not possible to ignore that the events described in this process cannot be understood in isolation from those circumstances that are public knowledge and that are also the subject of judicial investigation in the framework of other files,” argued Llorens, for whom the case is supported. on a “solid table of evidence”.

However, unanimously, the judges Pablo Bertuzzi, Leopoldo Bruglia and Mariano Llorens described the conduct of the vice president as use “for the benefit of a service paid for by the public administration”.

It should be clarified that in 2019 both Fernández de Kirchner and Parrilli had been prosecuted by former judge Bonadioaccused of having committed the crime of “embezzlement”: the judge held them responsible for “having used and/or having ordered the use of the planes of the presidential fleet for the sole purpose of taking diaries to Néstor Kirchner and/or Cristina Fernández de Kirchner to the cities of Calafate and/or Río Gallegos when any of them was in said cities”.

The cause that became known as the “canillita flights” is one of the processes by which Bonadio had subjected the former president to a marathon of eight investigative statements on February 25, 2019.