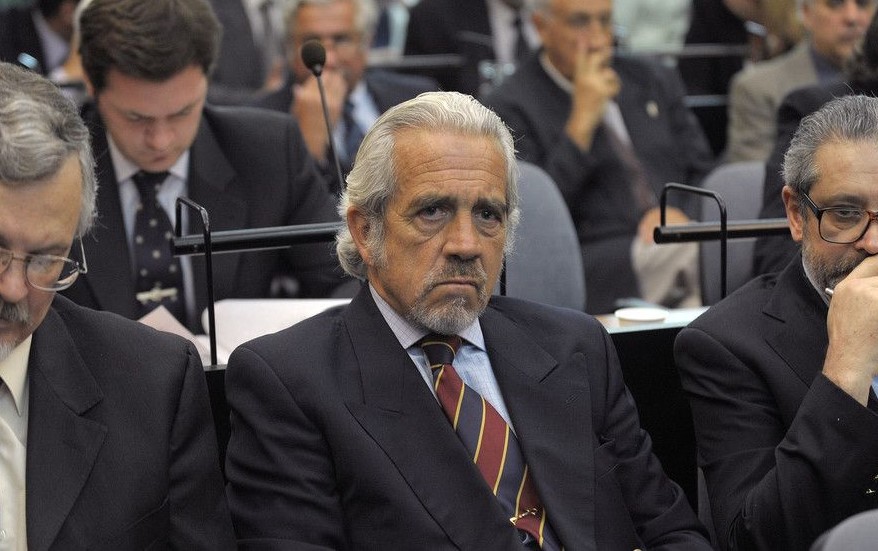 During the day on Wednesday, the Federal Oral Court 5 of CABA ordered the house arrest on condition of parole to ex-marine Juan Carlos Rolón. The soldier had been sentenced to life imprisonment for crimes against humanity committed at the former Navy Mechanics School (ESMA) during the last military dictatorship, considering that he served the necessary time in prison that allows him to access parole. .

The TOF agreed to the request of Rolón’s private defense that “the named person be released on sworn bail in terms of conditional release, for having served a period of time in detention that, if the sentence imposed is eventually confirmed, would allow him access to parole, in accordance with the regulations in force at the time of the events,” said the ruling.

The Prosecutor’s Office and the complaint considered instead that it was appropriate “to deny the release that was requested.” The court said that “it is appropriate to allow the requested release” and justified its decision in that Rolón “is currently in a position to access the benefit of release (…) since, according to the actuarial calculation performed on 13 October 2021 (…) he has been deprived of his liberty, to date, for a total of twenty (20) years”.

Judges Fernando Canero and Adriana Palliotti recalled that Rolón was acquitted in two cases in which his release was ordered, but “it was not made effective because he was detained in the “Unified Esma Case”, in which he received life imprisonment for kidnapping, torture and murder, along with other repressors of the dictatorship.

They clarified that “having served a period of time that -if there is a final judgment- would allow him access to the institute of conditional release, taking into account the sentence imposed by the Court, his situation is covered in the case provided for in subsection 5 ° of article 317 of the National Criminal Procedure Code”.

Read more: César Milani will be tried for illicit enrichment

It was resolved that “Rolón has remained subject to the law, faithfully complying with the obligations duly imposed.” In the resolution part of the ruling, the magistrates decided to “make room for the release” of Rolón on parole and, consequently, “order his immediate release.” They also argued that he must “establish his real address, which cannot be modified and from which he cannot be absent for more than 24 hours without giving notice to the Court; appear before these courts, on a monthly basis, to be legal.”

Likewise, they decided that he must “abstain from attending any public space or event, in particular those related to the de facto government of 1976-1983” and the “ban on leaving the country,” as well as keeping him “within the Assistance Program for People under electronic surveillance”.