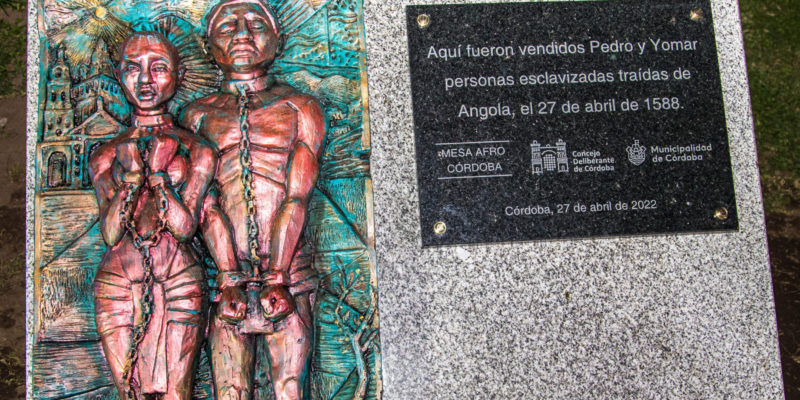 Within the framework of the commemoration for the Afro-Cordovan Culture Day, the Municipality of Córdoba made the discovery of a plaque, on the corner between San Jerónimo and Independencia streets, in Plaza San Martín.

The demarcation of the site seeks to make visible the history and struggle of the Afro-descendant population and its territorial ancestry in the City of Córdoba, and promote respect for racial diversity to build more just and equitable societies.