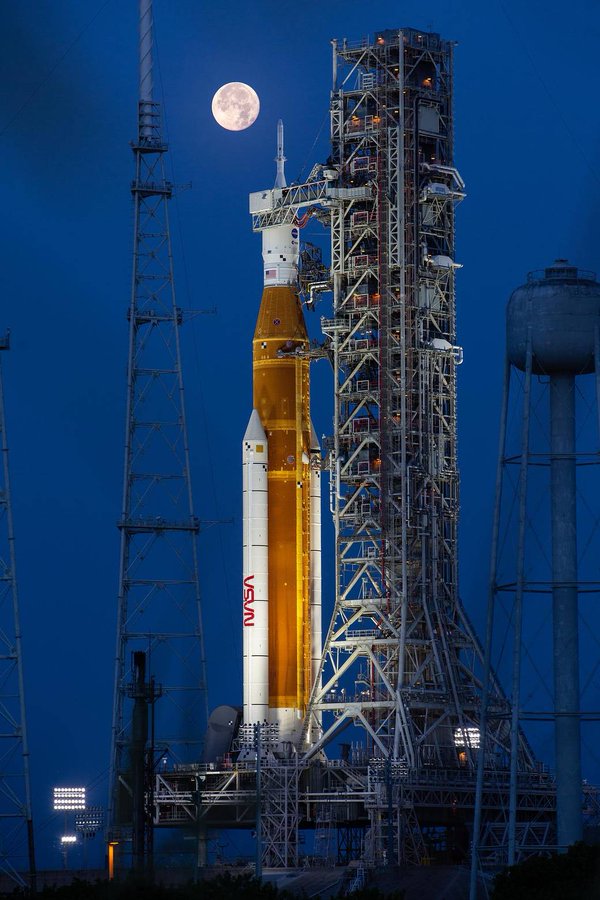 This is a test flight of the 98-meter rocket and the Orion capsule, which is located on top, with the aim of ensuring that astronauts can be transported safely in the future. For this, mannequins equipped with sensors will take the place of the future crew members and will record the levels of vibration, acceleration and radiation, the AFP agency reported.

The US aerospace agency seeks to bring “the first woman and first person of color” by 2025, according to NASA. The Artemis program includes the construction of a space station called Gateway, which will orbit the Moon.

We will offer you all the details of our return to the Moon in a live broadcast and in Spanish (7:30 am EDT).
➡️ https://t.co/tmrvczFaHg pic.twitter.com/CbvbNnysV8

It took 50 years for NASA to create the continuation of the Apollo program and named it Artemis in honor of Artemis, the twin sister of Apollo and goddess of the Moon, hunting and nature in Greek mythology. Only in 2024 is the first manned mission with four astronauts expected, Artemis II, which will orbit the Moon, but without landing.

Likewise, Artemis III is expected to be the mission that achieves the return of the human being to the Moon in 2025, when four other astronauts descend on the unexplored surface of the lunar south pole.