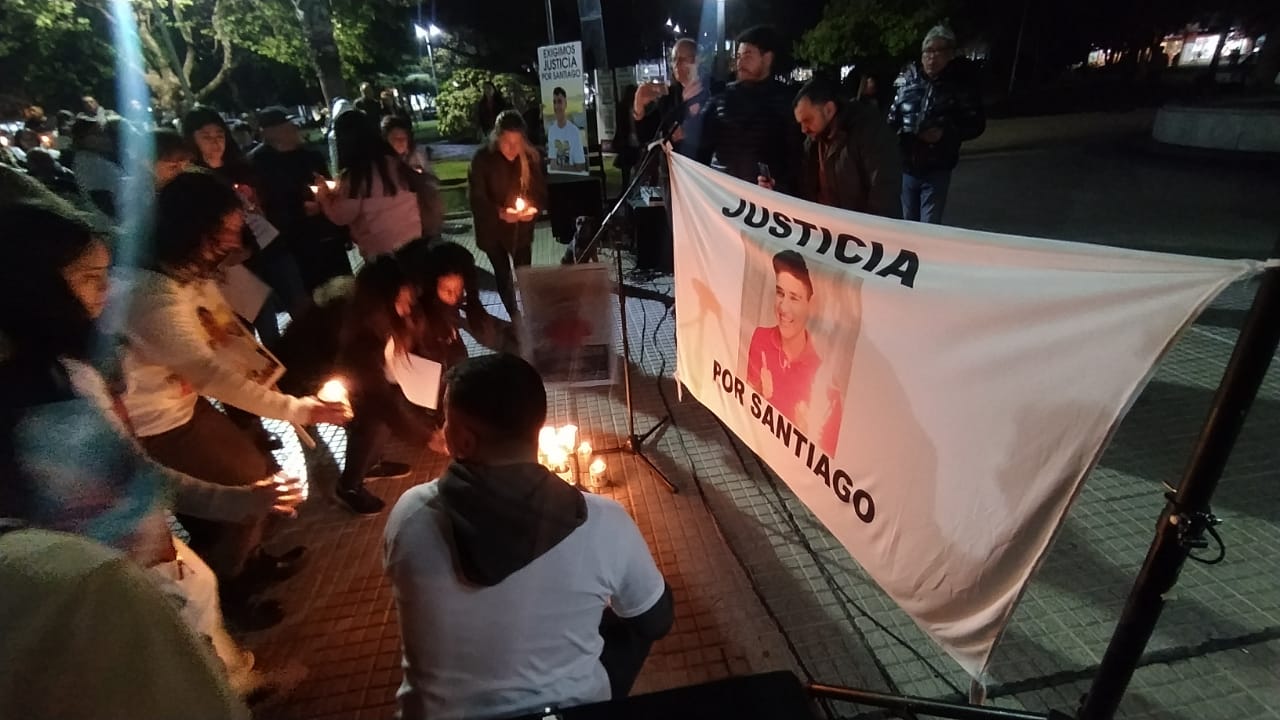 Relatives, friends, relatives, human rights organizations and neighbors mobilized last night in the Cordoba town of Villa Dolores to demand justice to clarify the crime of Santiago Aguilera. The young man was found murdered after being the victim of a kidnapping for ransom last month.

The request of those summoned is to have access to the case, since they admit that the Federal Justice has not yet given more details, while asking that the investigation be passed to the provincial level. A large number of people mobilized around the Plaza Miter in Villa Dolores, carrying candles and posters calling for “Justice for Santiago” and with background music, since he liked to sing.

Santiago (18) was attending the sixth year of the Villa Las Rosas school, and his classmates were the ones who led tonight’s march with the family.

“Not much is known about the cause, that is why it is not worth talking about, the federal jurisdiction that is investigating does not say anything to the family,” María Luque, from the Human Rights Table, told Télam. of Traslasierra.

In the case, Walter Gil (23) remains the only detainee linked to the event, although the relatives intuit that the crime was carried out by several people.