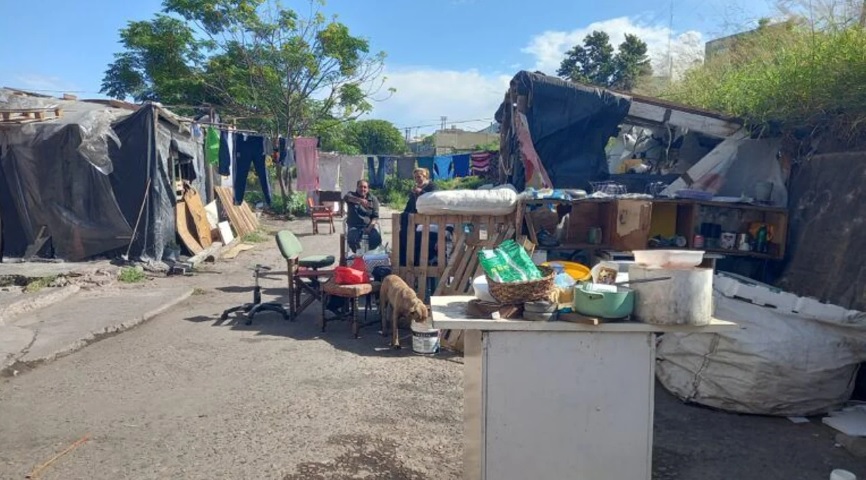 On the morning of this Thursday, the eviction of seven families who were living in the vicinity of the Maipú Bridge, in B° General Paz, was carried out. For two years they had been installed in the back of an abandoned shed in the former Abasto area, in front of the construction of the New Deliberative Council.

Months ago the inhabitants of the space had received an order to vacate the site that belongs to a private. Precisely, the document issued by the Judiciary of Córdoba has as plaintiffs the Engineer Roberto Oresti SRL Construction Company and the Municipality of Córdoba.

According to what they stated from the settlement, the Municipality offered to pay them two months of rent, but that the situation is complex since most of them work as cardboard collectors, so they would not be able to sustain that rent over time. In addition, they explained that the agents who showed up had already “disarmed everything” and they had no belongings left.