They posed as friends of the son and stole some savings in dollars and euros. • Channel C 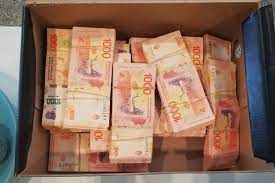 The incident occurred in the province of Mendoza, where a 76-year-old retiree suffered a dramatic millionaire robbery. The extracted figure was 15 thousand dollars and 2,800 euros, which converted into pesos would be about 4 million pesos.

The victim said that she went for a walk and on her way back to her house, two men appeared, saying they were friends of her son. The old man made them enter his house and the criminals told him that his son had authorized them to take care of his money.

Under this method, the retiree told them where such savings were located. When he went to look for a pen that they had asked for, they were gone and they fled. In the investigation of the robbery, personnel from the Fiscal Office No. 10 and the 10th Police Station intervened.