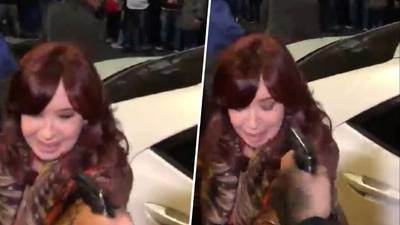 he deputy of the Frente de Todos (FdT) Ramiro Gutiérrez presented a bill to incorporate the assassination and homicide for political hatred into article 80 of the Penal Code, a crime that contemplates the possibility of imprisonment or life imprisonment, after the attack suffered this Thursday by Vice President Cristina Fernández de Kirchner near her apartment in Recoleta.

“On the instruction of (Minister of Economy) Sergio Massa, I presented a bill to incorporate assassination and homicide for political hatred, to Art. 80 of our Penal Code,” the legislator published on Twitter.

So far, the investigation is labeled as “attempted aggravated homicide” in “real firearm contest”, so the penalty could range between 13 and 20 years in prison.

An assassination is the assassination of a maximum dignitary of any of the three Powers of the State (Executive, Legislative and Judicial) for the function that he occupies. On the other hand, in the Criminal Code there are aggravating circumstances for “racial” or “gender” hate crimes, but not for “political” hate. These figures were provided for in the Penal Code promoted by Sergio Massa in 2016.

Specifically, the deputy for the province of Buenos Aires requests that the main clause of article 80 of the Criminal Code, which says: “and will impose life imprisonment or life imprisonment, and the provisions of article 52 may be applied, to whom he kills:”, a thirteenth definition is added that contemplates “the President or the Vice President of the Argentine Nation, or when the victim is a judicial authority, of the Public Ministry or a member of the Legislative Power, when the crime was committed by his role, or on occasion or in the exercise of his position or function”.

Meanwhile, in subsection four, the word ‘political’ is listed, being worded as follows: “For pleasure, greed, racial, religious, political, gender or sexual orientation hatred, gender identity or its expression.”