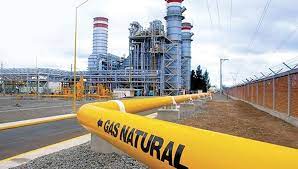 Given the energy crisis and the rise in oil prices, the possibility of an energy crisis and a shortage of this resource is beginning to be glimpsed in Argentina. In this context, industrial entrepreneurs and officials from Córdoba hold meetings to analyze the situation and plan future strategies.

The Minister of Public Services of Córdoba, Fabián López, anticipated that if measures are not taken in advance in winter, not only will households have to face this problem, but also the gas crisis will end up paralyzing work in factories.

In dialogue with Puntal, the minister assured: “This extreme situation has been reached because the country has been doing everything wrong in energy matters in the last three governments. You cannot improvise in this, also because this situation has a direct consequence and serious in the accounts of the State. Now we are facing a scenario of need to import fuel at extremely high prices and without having dollars available.

In addition, the minister stressed that there are no energy policies aimed at the long term, so any action taken now will not be enough to face the coming crisis. “Now there is not much to do because despite having the second reserve of unconventional gas, we do not even have the gas pipelines necessary to transport it. And it seems that Bolivia has not finished agreeing with Argentina and also has a lower production than expected, and what it does have will probably be sold to Brazil before it is sold to us”, he warned.

Regarding a presumed shortage of supplies, López indicated, “today we are not certain that we are going to have a sufficient quantity of diesel to raise the heavy harvest.”

López assured that Córdoba made an investment with its own resources, to build 3 thousand kilometers of gas pipeline, but it is not enough to bring gas to the province. “We cannot believe that the national State, with its back, cannot invest so that there is natural gas throughout the country, only 600 kilometers of gas pipeline are missing, which is 20% of what Córdoba did and today it is not conditioned “, he claimed.