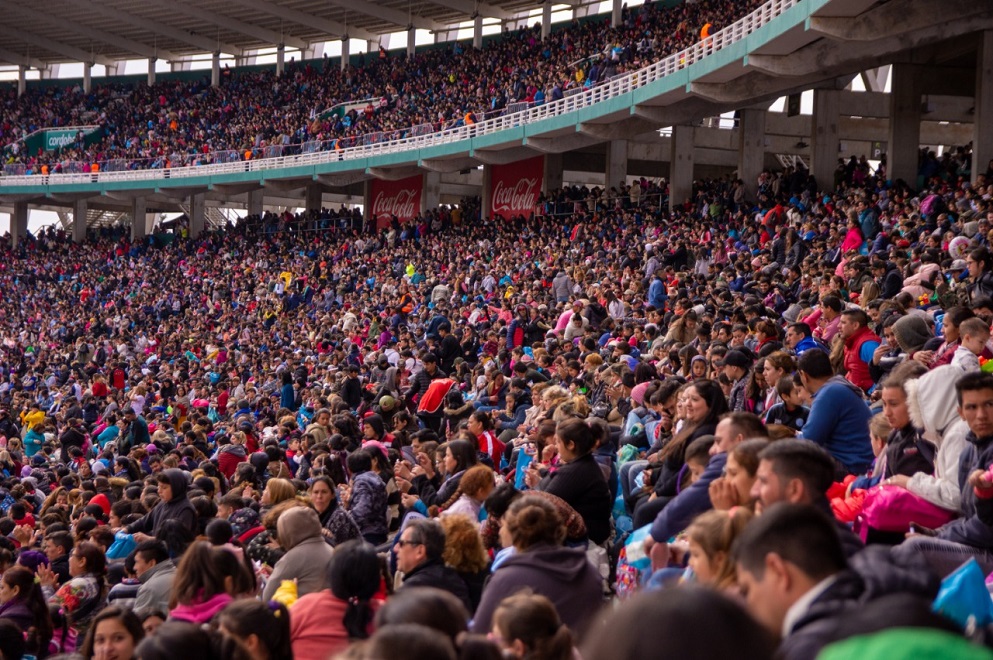 The Province announced the celebration of Children’s Day again in person, after two years of pandemic. It will be on August 21 at the Mario Alberto Kempes Stadium, where from 8 in the morning until 13, in which you can enjoy a day for the whole family, full of music, raffles and entertainment.

The event will feature performances by Luciano Pereyra, Axel, La Konga, Solcito Fijo, Chacho Ramos, among others. The party can also be followed by streaming for those who cannot attend, on Facebook and YouTube of the Government of the Province.

From all over the country you can participate in the raffle for bicycles and stays, for which the number 3518507625 was enabled. It is already enabled for those who want to send the form.

The draw will take place during the streaming broadcast. The winners will be contacted from Monday by personnel from the Ministry of Social Development to coordinate the distribution of the prizes at their home.

The first 40,000 children will receive a toy, as well as a snack to enjoy during the day. Part of them will be made with recycled material by the entity Córdoba Obras y Servicios (COyS) of the Municipality of Córdoba.

The Ministry of Health will have a vaccination post where doses against Covid-19, anti-flu will be applied and mandatory calendar schemes will be completed. It is worth noting that those interested must have a physical vaccination card, without which they cannot be inoculated.

The Municipality of Córdoba announced that on the occasion of Children’s Day, urban passenger transport will be free during that Sunday in the Capital City. There will be twice as many units, which will circulate frequently on Saturday.

TAMSE will provide a special service from 7 in the morning to transport families to the stadium so that no one misses out on this party. They are:

The return will be to the same 6 points in each neighborhood, as the units are completed. Meanwhile, special services from Coniferal and ERSA will be leaving from the Plaza de la Intendencia – Heroes de Malvinas to the Mario Alberto Kempes Stadium, with reinforcements.