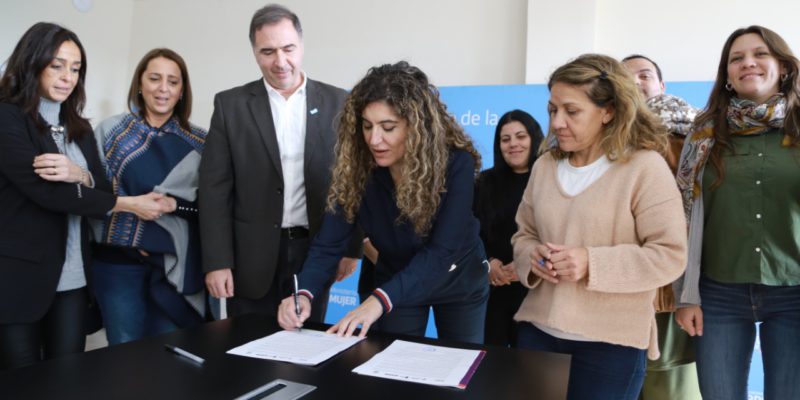 The Municipality of Córdoba, together with the province’s Ministry for Women, signed an agreement to create a Women’s Point in each of the Educational Parks in the city of Córdoba. The agreement provides for the creation of a physical space for the dictation of the “Diploma in Training of Community Companions against Gender Violence”.

In this sense, the Minister of Women of the province, Claudia Martínez, stated: “This comes to enhance the articulated work that we have been developing between the province and the municipality on issues related to the protection of women’s rights.”

Meanwhile, the Secretary for Women, Gender, Diversity and Neighborhood Management, Sandra Trigo, said: “In this way, we expand the accompaniment spaces for women in the Educational Parks, which are added to those that already work in the CPCs. of our city”

For his part, Secretary of Education Horacio Ferreyra said: “These initiatives reaffirm Mayor Martín Llaryora’s commitment to gender policy which, in this case, involves not only accompaniment actions, but also training, such as this diploma course and other activities that we will carry out during the year”.