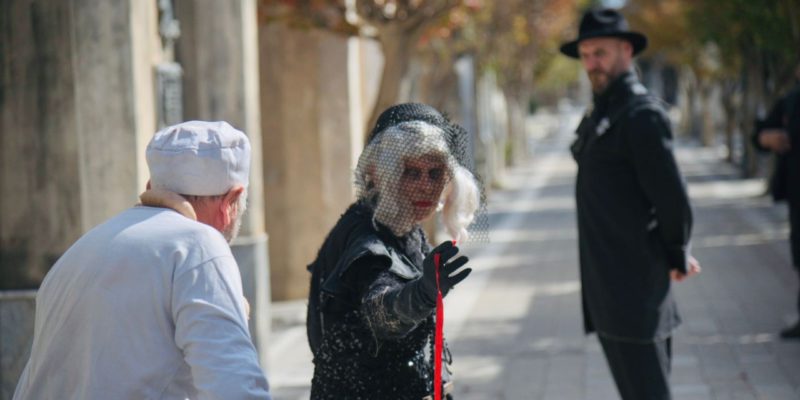 Within the framework of the “Month of Tourism”, the Municipality announced that a new chapter of the guided tour “Córdoba Misteriosa” will take place. A proposal specially designed to celebrate this Tuesday the 13th, the traditional Halloween night.

The initiative will move to the charming Güemes neighborhood, where, on a walking tour, the stories and mysterious stories treasured in the affective memory of hundreds of generations will be relived. The tour will begin at 7:00 p.m., from the Tourist Information Office, located at Diagonal Garzón 400.

The mythical legend of La Pelada de la Cañada, which is one of the most popular characters in the imaginary of Cordoba at the end of the 19th century and the beginning of the 20th, the ghosts that inhabit our first civil institution, the Historic Cabildo; the old Campo Santo of the Cathedral, and the ghost of Facundo Quiroga in the Pasaje Santa Catalina, are some of the stories of fear and mystery that can be relived in this new edition.

The guided walk will culminate in the Paseo de las Artes, which will be transformed into the scene of a mysterious artistic production entitled “Sunken in the mud”. The play is directed by Quique Paradiso, and covers the history of the ghosts of Cordoba.
The initiative is organized by the Secretary of Government and General Management of the Cabinet, through the Directorates of Tourism and Promotion of the city, and will have free admission.

Space is limited and to participate it is necessary to register in advance at the Tourist Information Offices Cabildo (independencia 30) or Güemes (Pasaje Garzón 400). For inquiries it is also possible to call 4341200 or 351 2414040.

👻🌃Tuesday 13, don’t get married or embark, but come to discover the dark stories of our city, in a new edition of #CórdobaMysterious

— Secretary of Government and General Management of the Cabinet (@GobiernoMuniCba) September 12, 2022