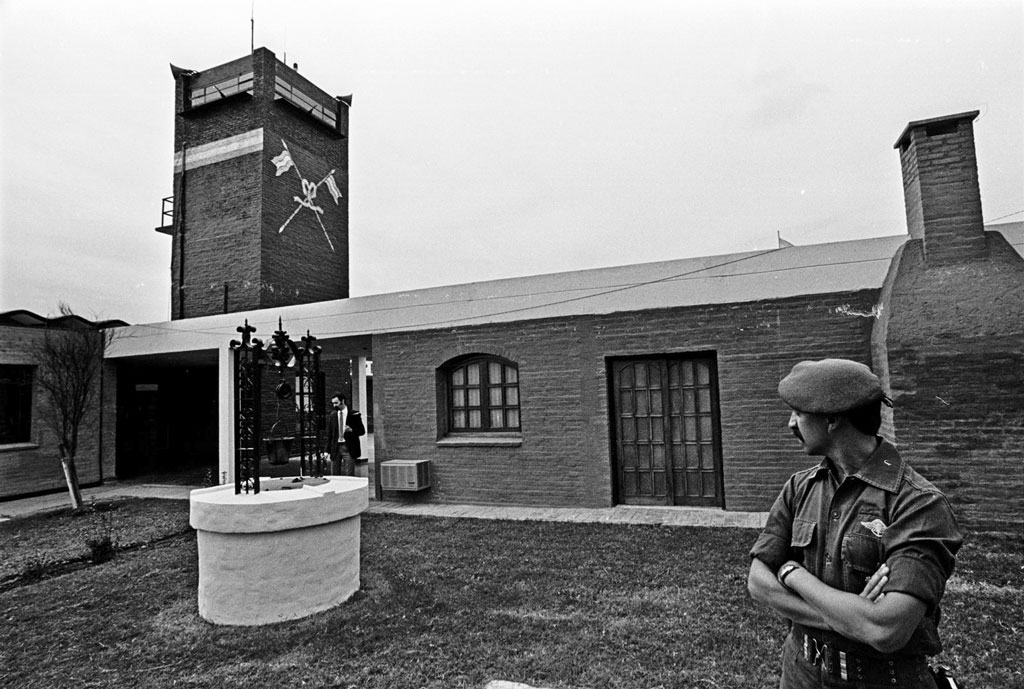 La Perla Clandestine Center: It was one of the largest Clandestine Centers for Detention, Torture and Extermination (CCDTyE) in the interior of the country. It began to function with the coup d’état of March 24, 1976 until the end of 1978. It is estimated that between 2,200 and 2,500 people remained in captivity during that period. The vast majority remain missing.

It was the most important in Zone 3 and was under the responsibility of the III (Third) Army Corps based in Córdoba under General Luciano Benjamín Menéndez. It covered the entire northern part of the country.

It is located on National Route RN 20, between the cities of Córdoba and Carlos Paz. In front of the Corcemar factory (the factory is in the town of La Perla, the detention center is across Route 20), going towards Carlos Paz. The facilities are visible from the route.

Visits to the La Perla Memory Space Site Museum take place from Tuesday to Friday from 10 a.m. to 5 p.m. Entrance is free and open.

Campo de la Ribera Clandestine Center: Located in the southeast of the City of Córdoba, the “Campo de la Ribera” was between December 1975 and mid-1978 one of the most important clandestine detention, torture and extermination centers in the province, around 4000 people passed through it , was used as an operational base of the “Comando Libertadores de América”.

When it was dismantled, in June 1978, the Defendants Military Prison was located there. In 1986 the property was abandoned until in 1989 the government installed three educational establishments there that remained for almost 20 years. In 2010 it was inaugurated as a Space for the Memory, Promotion and Defense of Human Rights thanks to the struggle of human rights organizations, neighbors and neighborhood organizations.

Visits to the Space Site Museum take place from Monday to Thursday from 10 a.m. to 2 p.m. Entrance is free and open.

D2 Detention Center: In 1974 the triple “A” was formed. The Mayor’s Office worked in connection with the Historic Cabildo of Córdoba. During 1978, the D2, Department of Information of the Police of Córdoba, was created as a special division to prosecute and repress what it considered to be a differentiated type of crime defined generically by State terrorism as subversion.

The mansion located on the corner of Mariano Moreno and Caseros, was the headquarters of D2, and used as a Clandestine Detention and Torture Center. Paradoxically, it was also the place where the former detainees had to sign the “Monitored Freedom”. In 2009, excavations uncovered a basement to which the testimonies referred but which did not appear on the plans provided by the police, nor was it visible in the visits made to this building. Finally, the Provincial Archive of Memory agreed to the original plans and was able to locate the basement, which was full of sand and rubble, covered with cement and another floor on top of the original floor. These excavations brought to light the basement, one of the places of detention for political prisoners, hidden for more than 20 years.

In December 2006, Memory Law 9286 was passed, establishing the creation of the Provincial Memory Commission and Archive and its location in the former D2 building.

In March 2007 former detainees were summoned to tear down the walls, built once the dictatorship ended, in order to distort the original space and make it difficult to recognize the route of the detainees.

After two years of investigation and collection of testimonies, the “Site Museum” was inaugurated, the place where the largest number of testimonies, compiled to date, recognize as a space where they were detained and tortured. This corresponds to the first of the three houses that make up this building, which is not intervened architecturally but preserved and signposted.