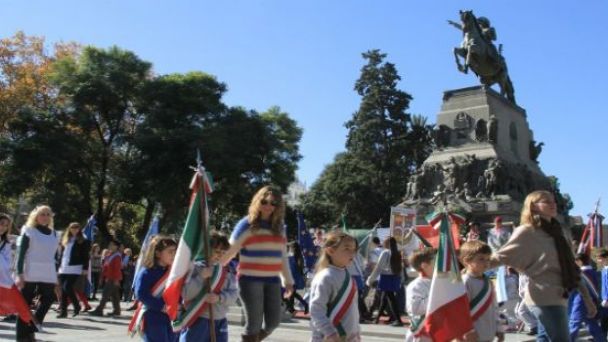 Argentina is a country that is very aware of its roots, in which the descendants of those immigrants who came to this land keep the customs alive along with the institutions that represent their blood ties, their identity.

After two years interrupted by the pandemic, this anniversary is celebrated again in person.

Regarding the relevance of this date for both countries, the consul Giulia Campeggio expresses “It is an extremely important date for all Italians and here in Córdoba, where the Italian presence is so strong and present, June 2 has a even deeper meaning, since it represents not only the day on which the Italian people chose the Repubblica in that distant 1946 through the Referendum Istituzionale, but also to celebrate the Day of the Italian Republic is to celebrate all those values ​​that identify us as Italians ”.

“That day the Italians decided to bet on the future of Italy, on a prosperous and better future for all. Today we continue betting on the same thing: a better future. I am particularly pleased to be able to celebrate June 2 in Córdoba, a city and a province where Italians left their indelible mark, a mark of work and construction of the future” adds Campeggio.

The activities planned for Thursday, June 2 are:

18:30: facade lighting of the Consulate General of Italy in Córdoba and the Institute of Italian Culture (Vélez Sársfield 360)