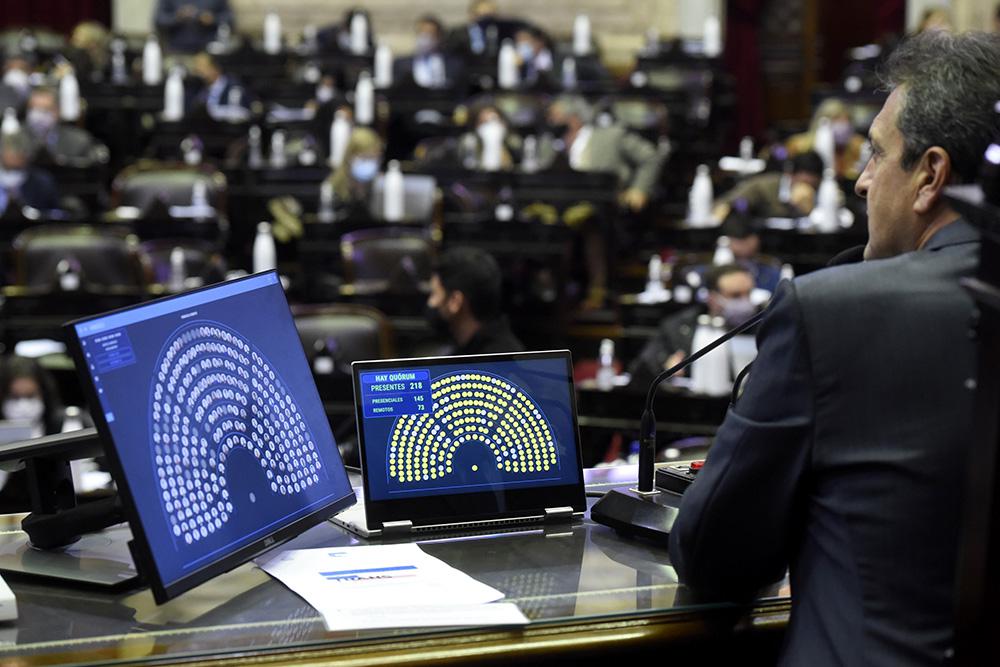 The Chamber of Deputies will meet this afternoon to accept the resignation of its head, Sergio Massa, who will take office this Wednesday as Minister of Economy, Productive Development and Agriculture. The session will begin at 2:00 p.m. and there the block of the Frente de Todos (FdT) will propose Cecilia Moreau to preside over that body.

The legislative plenary session requested by the FdT will be chaired by the body’s vice president, Omar De Marchi (Together for Change), until the new president is appointed who will complete Massa’s mandate (until December of this year).

When Massa resigned from his bench, it was up to the president of the Piquetero Party, Juan Marino, to swear in as deputy, a 34-year-old leader who currently works as an official in the Ministry of Development of the Buenos Aires Community, who leads the referent of La Campora Andres “Crow” Larroque.

On the position that they will adopt in relation to the nomination of Cecilia Moreau, most of the opposition blocs have not yet defined their positions, although from Together for Change they let it be known that they would lean towards abstention.

Likewise, since it is a vote by show of hands and does not require special majorities, it is discounted that the plenary will end up endorsing the deputy of Alfonsinist origin.