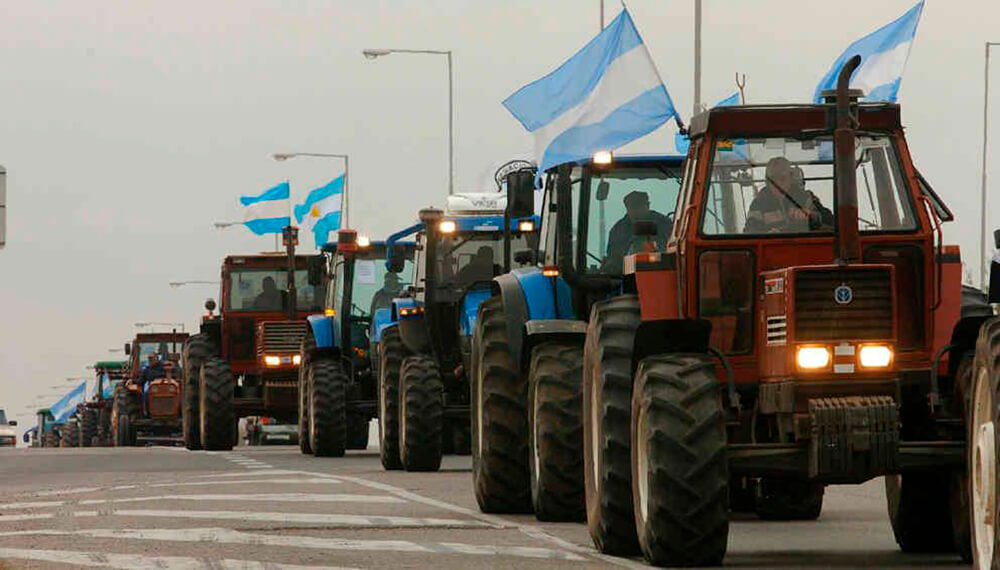 After the latest increase in withholdings on soybean meal and oil, from 31% to 33%, the ruralists advance with different actions to oppose the official resolution that seeks to solve the “Temporary Stabilizing Fund for Argentine Wheat”.

Self-convened producers from the Alto Fierro region decided to unite to carry out a “tractor hit” this Tuesday, the 22nd, in the city of Córdoba. The mobilization will be at 10:30 am on the ring road in the capital of Córdoba.

The caravan of tractors is expected to depart from Alto Fierro at 8:30 a.m. and then they will surround the ring road, leaving the southern zone, and finally they will hold an assembly on route 36.

The self-convened of ALTO FIERRO invite you to participate. Join! pic.twitter.com/YoMuwqpivY

Juan Amestoy, a reference for self-convened Producers in the Alto Fierro region, explained: “From 8 o’clock we will show our displeasure at the government’s direction: every time the numbers do not close, they take money from the field.” “We understand the situation, we are aware of the horror worldwide, but things have to be quantified: just as prices go up, costs go up,” the producer explained to Cadena 3.

The government measure was announced last Saturday by the Minister of Agriculture, Julián Domínguez: “The measure establishes the temporary suspension of the differential of two percent of the soybean meal and oil export duties of decree 790/20. The suspension of these export duties will make them return to 33%, a percentage that the companies already discount from the producer,” said the national official.

Citizens and producers approached intersection 178 and 92.

On Monday, if the government does not go back, they will come back with tougher measures. pic.twitter.com/1cm7QUB9fW