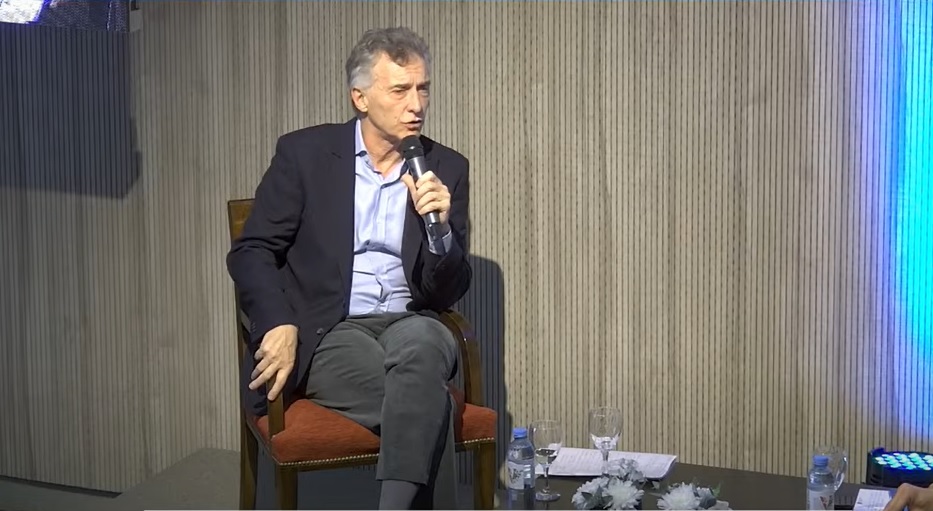 In a new edition of the Situation Cycle carried out by the Córdoba Stock Exchange, former president Mauricio Macri was summoned to give his point of view about what is happening in the current political and economic scene; the latest media appearances of the national leaders, and the path of Together for Change towards the 2023 elections.

After a brief introduction by the economist Guido Sandleris, who gave an overview of the economic measures recently announced by the new Economy Minister, Sergio Massa, he was followed by the opening speech by the president of the BCC, Manuel Tagle. The reelected leader of the entity used a few minutes to review the economic moment that private companies have to live; the regulation of exports and imports; and the judicial process that Vice President Cristina Fernández is facing in the ‘Vialidad’ case.

After the opening words, former national president Mauricio Macri -who entered the room accompanied by leaders of his bloc, such as deputies Rodrigo de Loredo, Gustavo Santos, Soher El Sukaria, and Senator Luis Juez-, settled in the living room ready to engage in a dialogue with your interlocutor.

The former Head of Government of Buenos Aires dedicated numerous criticisms to the governing coalition of the Frente de Todos: “I feel that we are seeing more clearly and that there is a future, but unfortunately there is no present when one has a last-minute meeting to regain power and fight against impunity.” In addition, he pointed out that “we are experiencing a sad present, with more insecurity, more inflation, more social destruction because we are facing a government without a president, without plan, without direction. Lots of ineptitude and improvisation.”

Macri appreciated that compared to the 2015 elections, today there is a society “with a maturity that it did not have 4 years ago”, and that there is 60% of the population “that no longer wants” the “populist model”. However, with optimism, he asserted that “twenty years of clarity, of growth, of development, of being able to project. Product mainly of the Argentines, who are seeing what the Cordovans saw years ago: that you cannot depend on anyone who comes to promise you heaven, but you have to depend on work. It’s as easy and complicated as that.”

Subsidies have been in the eye of the storm in recent weeks. In this sense, the former president asserted that “you cannot have to govern by giving away. There is no place for light populism, institutional populism. (…) The sector cannot grow by supporting mafias. It is an uncomfortable debate”. And he assured: “The politician does not have to give away, but rather create conditions so that those who can create, believe”.

Regarding social plans, Macri indicated that “the maturity of giving it a finite temporality is advancing, making training available. But plans today are clearly part of the problem and not the solution. They were a solution at a time. The status quo in Argentina it is a factory to make poor, we have to dynamite the status quo“.

The opposition, he maintained, “has to rise to the occasion. Where we have fallen, it has to be the end (…). Together for Change is destined to govern, it is clear that it is necessary to demonstrate greatness every day “. In addition, he indicated that “there are several candidates for the PASO in each district. You have to compete honestly so that the other does not lose respect.”

Regarding the opposition formulas heading to the 2023 presidential elections, Mauricio Macri asserted that he will not be a candidate for the presidency, since he “feels comfortable” from the place he currently occupies. “I feel comfortable putting before the why, that he who, and not be fighting for personal issues but for ideas, because these ideas go forward. I feel that if the ideas transcend the person they will have more strength, “she indicated, at the same time that if he said that if they offer him a position for the elections,” I am not in that place. I appreciate it, but today I feel that I contribute more from this place. We have valuable leaders who are showing their leadership and vocation to lead“.

The vision of the present

The former national president criticized the provinces that enjoy “favoritism”: “The goodness it does not pay the governors. They take everything you give them and then they don’t accompany the in-depth reforms that have to be done in the country. You have to do as they do between them: ‘First you do and we comply’. The provinces imply between 5 and 6 points of the fiscal deficit and the public spending that we have. There are few provincial efforts that can demonstrate a commitment to investment, infrastructure, health and public education.”