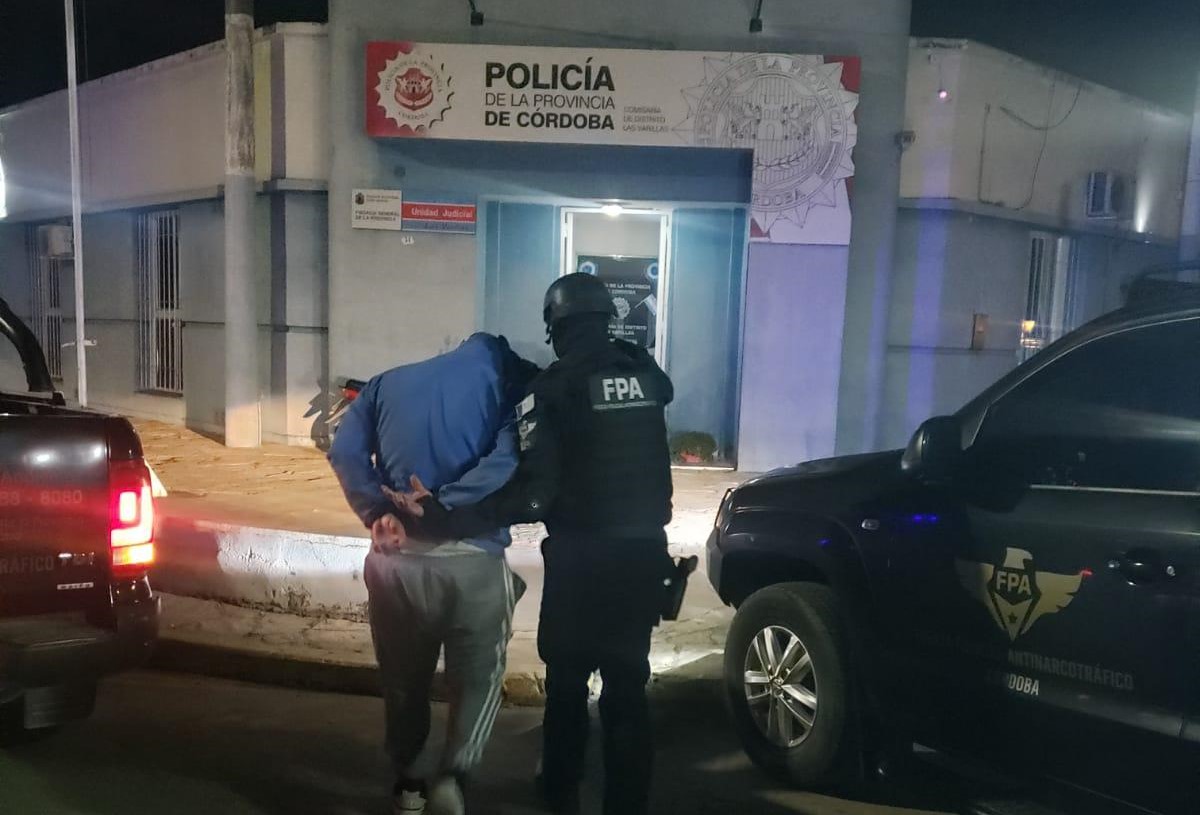 Endowments of the Anti-Drug Trafficking Police Force (FPA) acted in the last hours as a result of different complaints made in the interior of Cordoba, achieving the arrest of two people for drug sales.

Investigations led to an operation in the city of Las Varillas where an adult subject (26) was arrested for alleged violation of the Narcotics Law. The raid was on Suipacha street at 400 in the Caritas neighborhood.

The staff of the Special Interventions Company (CIE) had the collaboration of the Police of the Province of Córdoba in the security of the ring outside the dwelling. The operation was supervised by the San Francisco Anti-Drug Prosecutor’s Office, who ordered the transfer of the suspect to court.

A series of calls to the Public Prosecutor’s Office’s Anonymous Complaints Center caused FPA staff to raid a home in the town of Huinca Renancó. There, another older man was arrested who was selling drugs with the modality of deliveryand managed a kiosk for the sale of cocaine.

The dismantled point of sale was at 600 Malvinas Argentinas street, where items of interest to the cause were confiscated.

The investigated was transferred to judicial headquarters by order of the Office of the Prosecutor for the Fight against Drug Trafficking of the city of Río Cuarto under the charge of alleged sale of narcotics.