UEPC marched for parity and the repeal of Law 10,694 • Channel C 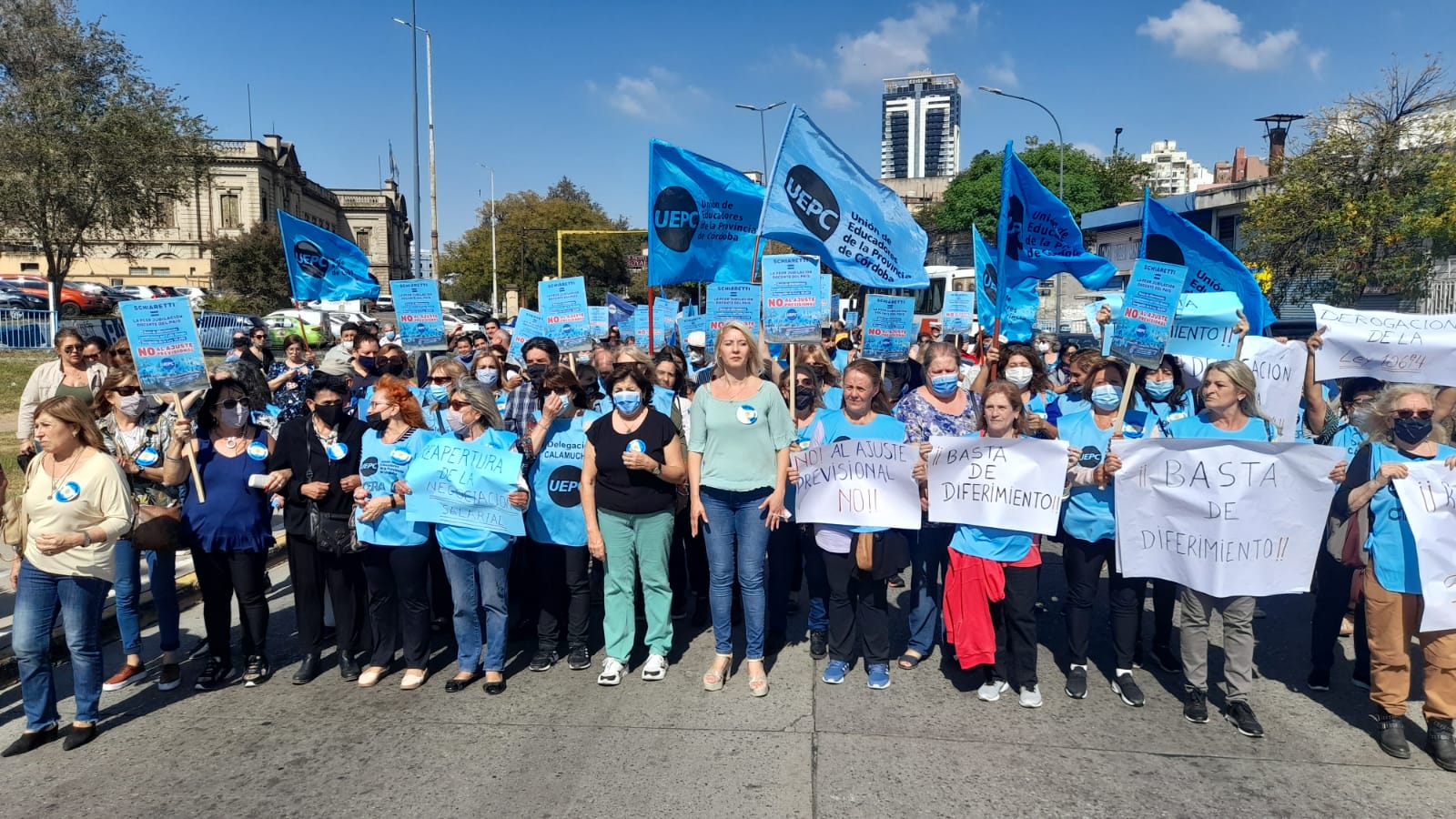 The Union of Educators of the Province of Córdoba is carrying out some forceful measures this week demanding the reopening of salary negotiations, the elimination of the deferral of increases for retirees and compliance with the Bosio ruling. Indeed, yesterday, Tuesday, April 26, they marched in Capital, Rio Cuarto and Jesús María. The mobilization in each of the localities had the participation of retired comrades and organic bodies, they detailed.

Read more: Teachers will march inside for the reopening of parity

The mobilization in the Capital ended in the Provincial Legislature, where in May 2020 the retirement adjustment law 10,694 was sanctioned. In turn, the column that started from the Rio Cuarto Delegation of UEPC gathered in front of the Civic Center of that city. For their part, the companions of Jesús María marched towards Plaza San Martín in that town of the Colón Department.

“Since the sanction of Law No. 10,694 in the Legislature of Córdoba, on May 20, 2020, as UEPC we have been claiming and demanding the Government and Justice its repeal” they sentenced in an official statement.

📢 We mobilize in different parts of the province with regional marches demanding:
✊🏽 Reopening of salary negotiation.
✊🏽 Enough of the deferral of increases to retirees.
✊🏽 Compliance with the Bossio ruling. pic.twitter.com/yD8jTrS7ZS