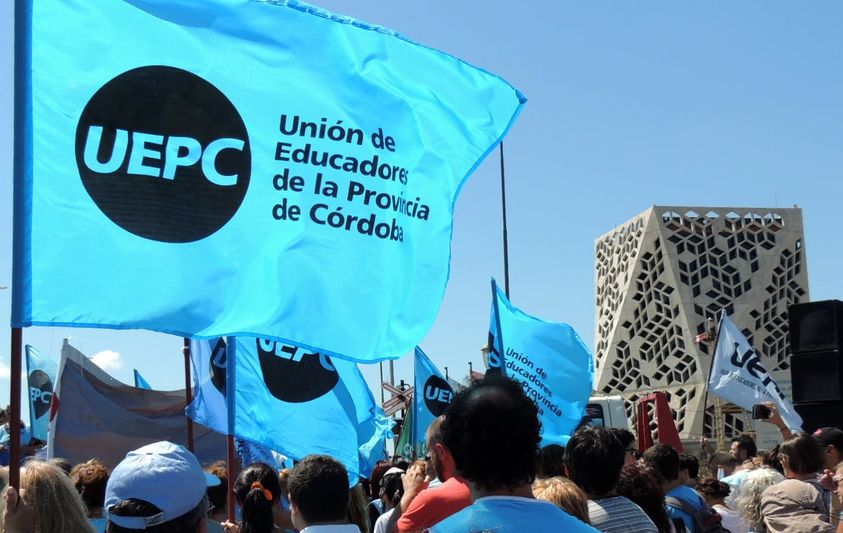 The representatives of the 26 delegations of the Union of Educators of the Province of Córdoba (UEPC) rejected last week the salary proposal of the provincial government as insufficient. In turn, they announced that they will hold the Assembly of Departmental Delegates this Friday, August 26.

As part of their fight plan, this week they held school assemblies of 1 hour per shift to debate the new proposal and agree on the plan of measures.

The new salary proposal was as follows, with increases to be made every two months: for the month of July an increase of 12%, in September of 8%, in the month of November they would increase by 11% (in the previous proposal it was 10%) and in January 2023 the salary would rise by 6%.

From UEPC they demand from the Ministry of Education the urgent payment to the DAI and concretion of the Securitization of Adult teachers, PROA, PIT and Course Coordinators. While rejecting the intervention of the CGT Regional Córdoba by the CGT Nacional.

#UEPC Today, Friday 08/19, the Provincial Assembly of Delegates and Departmental Delegates of our organization rejected the salary proposal of the provincial government as insufficient, and the negotiation went to an intermediate room.
Full note ► https://t.co/swPS9dO7Ei pic.twitter.com/9vmKrQ81Xo